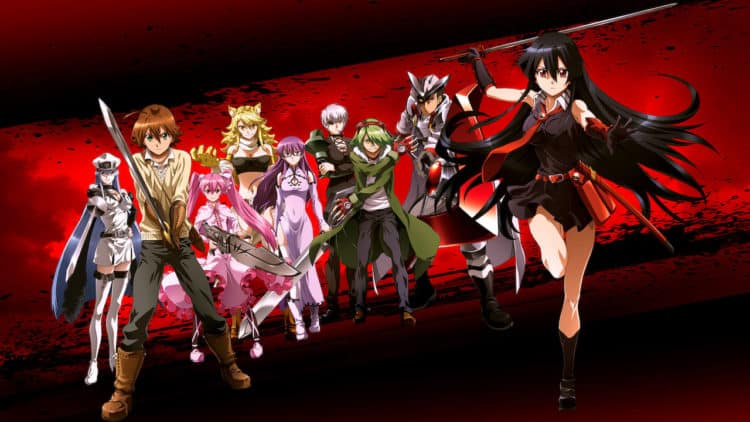 Akame Ga Kill! is an anime series that was adapted from the manga of the same name, written by Takahiro (and also interestingly enough, published by Square Enix!) The series began and ended in 2014 with a total of 24 episodes spanning from July-December. While the anime lasted only a few short months, the manga continued to be published through 2016, with another series called “Akame Ga Kill! Zero” being published from October 2013 to January 2019. Akame Ga Kill! remains, to this day, an immensely popular anime, with a fairly large fan base and audience continuing to grow to this day. However, even with the popularity and large audience that Akame Ga Kill! has obtained over the years, should you actually even watch the show? Please do keep in mind that we will be experiencing major spoilers throughout the duration of this article, so fasten your seatbelts, and keep your tears inside at all times, thank you.

The plot of Akame Ga Kill! centers around a young boy named Tatsumi, who sets off on a journey with a couple of friends to the Capital in the hopes of making some money in order to help his less fortunate village. Tatsumi is separated from his friends due to a bandit attack, so he ends up going off on his own and happens to get robbed in the Capital, because he doesn’t know any better. He ends up sleeping on the street when he is taken in by a rich and noble family who provides him with food and a place to stay. However, an assassin group called “Night Raid” attacks the family, which then leads Tatsumi to discover that the family that had brought him in and cared for him actually intended on torturing and killing him, just as they had done to his friends. Tatsumi ends up joining Night Raid alongside a swordswoman called Akame, Leone, Mine, Sheele, Lubbock, Bulat, and their leader Najenda, who was a former general of the imperial army. Each member of Night Raid carry what is called an “Imperial Arms,” which are unique and superior weaponry that were created hundreds of years ago through incredibly rare materials and legendary animals called Danger Beasts. One of the main “rules” in Akame Ga Kill! is that, since the power of the Imperial Arms is so intense, it is said that when two Imperial Arms users fight each other, one of them is fated to die. Night Raid, with the new addition of Tatsumi, goes on many missions in an attempt to overthrow the government and bring the focus back to the people.

If you are planning on watching Akame Ga Kill!, I have one thing that you absolutely need to understand, no matter what. Do not, under any circumstances, no matter what you do, do not get attached to these characters. I repeat, do not get attached to a single character in this anime. I made this exact mistake my first time watching Akame Ga Kill! and it was one of the worst decisions of my entire life. I’m going to tell you right now that everyone dies. There isn’t a single main character that makes it out of the show alive, and if you aren’t prepared to handle that absolutely crushing heartbreak, then I do not recommend that you watch Akame Ga Kill. However, since the anime ended a bit before the manga finished, the manga has a significantly different ending for some of these characters, namely the fact that Tatsumi and Mine survive in the end, rather than dying in battle. So, if you would prefer to have some of your favorite characters from the series survive, then you’re probably better off just reading the manga instead of watching the anime.

So, the question ultimately comes down to whether or not you should even bother watching Akame Ga Kill. My answer would definitely be yes, because it’s incredibly short, so you won’t have to invest a ridiculous amount of time into watching it (kind of like what I’m currently doing with Dragon Ball), which means that you can end up watching the whole series in just a couple of days if you really set your mind do it. The episodes also feel incredibly short, because they are extremely fast paced, which also helps the series go by a lot quicker, and there’s a minimal amount of filler in the anime, which definitely helps to cut out all of the boring parts that don’t actually add anything to the story. So, would I recommend you watch Akame Ga Kill? Absolutely, unless you’re not prepared to get your heart ripped out of your chest every single time someone dies, you should be fine.