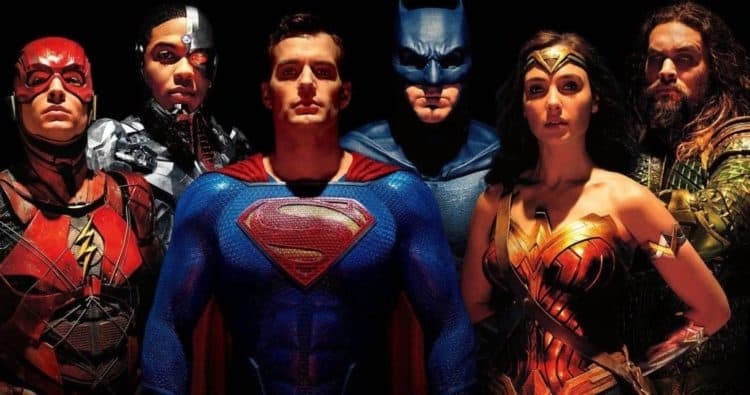 Zack Snyder has to be one of the most divisive directors working today. In fact, I’m pretty sure he’s the most divisive director ever. Ever why that’s so? The man has accumulated quite the fanbase throughout his career, but not everyone enjoys his movies. His movies have been considered to be polarizing and too violent, which isn’t entirely inaccurate. His most recent superhero movies are fine examples. Now we should give Zack Snyder credit for many things in his movies. For one, he’s a wizard at directing some amazing action scenes. From the fight scenes in Man of Steel, to the Batman warehouse scene in Batman vs. Superman, to every fight scene in 300, the man can really deliver on the action. But action is only one part of the story, and speaking of story, that’s where he falters.

Let’s talk about Zack Snyder and his vision for the DC Cinematic Universe. Is it polarizing? Very much so, but there was a reason for it. That’s actually why many fans were unhappy with how he made the DCEU’s Superman and even its Batman. Very much contrary to their comic book counterparts, Zack Snyder’s Superman and Batman killed people. That definitely rubbed many fans the wrong way, even though Snyder himself gave his reasons for it. Personally, I actually liked his vision for both characters. It was different, but I can see why many fans were turned off by it.

Before Justice League, it seemed like many fans wanted Zack Snyder to depart from the franchise. It was honestly understandable, considering BvS wasn’t the smash hit it was supposed to be. However, after the release of “his” Justice League movie, things changed. The popular opinion on Zack Snyder went from “get him out of here”, to “please bring him back”. Talk about a change of heart.

Well, that’s because “his” Justice League that we all saw in theaters really wasn’t his. The movie we all saw was actually the vision of Joss Whedon. And after we all got to see his vision of Justice League, it became transparently obvious how different it was compared to Snyder’s. Well, many fans didn’t like that vision, and then they wanted Zack Snyder to return and properly finish his vision for Justice League. And yes, we’ll finally be able to see that vision this March. I’m excited, as I am a fan of Zack Snyder. The man gets a lot of hate, but he understands these characters and he’s done right for them by me. I can’t wait for March.

As much as I respect Zack Snyder as a director, however, there have been legions of fans demanding that he finish his original plan for Justice League. Now I’m not talking about this upcoming Snyder Cut. He was able to finish that and we’re all grateful for it. If he was able to complete it the first time around and it succeeded at the box office, we could’ve seen some sequels from him. He even confirmed his whole plan for his next Justice League movies on social media. A little spoiler alert: it didn’t have a happy ending. In a Zack Snyder movie? What would you expect?

Now let’s talk about his original plan for his theoretical Justice League sequels. I say “theoretical” because maybe they can still happen. Hey, we live in a world where the Snyder Cut now exist, so who knows? Anyhow, the plan that Zack Snyder originally had in mind had a lot to do with where he left things with Batman vs. Superman. Because, you know, Justice League pretty much ignored a lot of that. All the cryptic things that we saw in BvS would’ve been fully expanded on in Snyder’s subsequent Justice League movies. For starters, guess who the big bad was going to be? You guessed it, the Lord of Apokolips known as Darkseid.

Darkseid is a villain that I’ve been itching to see in live-action for a while now. His role in the Snyder Cut will be small, but it will set up for something far bigger. Remember the Knightmare scene from BvS? The world was in ruins because Darkseid invaded Earth and corrupted Superman. How did he do it? He killed Lois Lane, causing Superman to snap. So Superman turned evil and the rest of the heroes had to fight him and Darkseid on top of it. Seriously, Zack, what’s with the bad Superman?

Well, if Zack Snyder couldn’t make you more depressed, his ending to the whole franchise involved killing off a major hero. Any guesses on who that hero is? It’s the obvious choice. Yes, Zack Snyder was going to kill off Batman. The Batman of the DCEU was going to atone for his past sins by sacrificing his life to destroy Darkseid. The day would be saved, Superman would be free from Darkseid’s control, and the heroes prevailed.

Not exactly the happy ending, huh? Sure, the heroes win in the end, but we lose a great Batman. I can’t help it, he’s my favorite hero. Zack Snyder is implying that will happen based on the trailer for the Snyder Cut, so he could still be attached to that plan. The thing is, I’m not sure if he should be able to carry out that plan.

Will his DCEU run end with the Snyder Cut? Perhaps it will, but his full plan might not work for the DCEU. I can’t help but notice how similar it is to Avengers: Endgame. The villain who inspired the creation of Thanos loses the battle because the rich hero with advanced toys sacrifices himself. He saves the universe, the day belongs to the heroes, and they mourn their fallen friend. Now Zack Snyder did come up with this plan before Endgame was released. The problem is, we all saw it play out in Endgame first. It’s a plan that we all expected to happen, because these stories usually end with a big hero doing the heroic sacrifice. But if we’ve seen it once before, do we really need to see it again?

I actually think all the heroes are in a good spot now. Once the Flash movie hits in 2022, it will make big changes for the DCEU. I wrote a while ago that a good way to complete Batfleck’s story would be to have it like the Flashpoint comic. He doesn’t die or retire. Instead, he reads a letter from the Flashpoint Batman (his father) and we get to see Batman cry. Now that’s an emotional ending for a great character. And since the Flash movie is following the Flashpoint comic, I believe we’ll see something at least similar to that moment from the comic. He doesn’t have to die like the MCU’s Iron Man. He can have an ending that actually brings him some happiness and satisfaction. This Batman has suffered, caused suffering, but his redemption should earn him something from his father.

Oh, and we don’t need more evil Superman. Zack Snyder spent a lot of time having his Superman earn his heroic status and he doesn’t need to do more. Have this Superman be the Superman we all know and love and please give us Man of Steel 2. Seriously, that’s long overdue.

As for the other heroes, their futures lie in the hands of other directors. Zack Snyder established them and did his work with them. After the Snyder Cut, we’ll get to see where he left them and where they can go from there. Either way, I don’t think Snyder’s original plan had long-lasting affects on them. If that’s the case, we won’t need that Snyder Justice League trilogy.

What are your thoughts, Zack Snyder fans? If the Snyder Cut is successful, we could very well see his original plan come to fruition on HBO Max. Perhaps we don’t need it, but it could be fun to see. Maybe he’s made up some new plans since then? Either way, hearing him talk about was interesting enough.