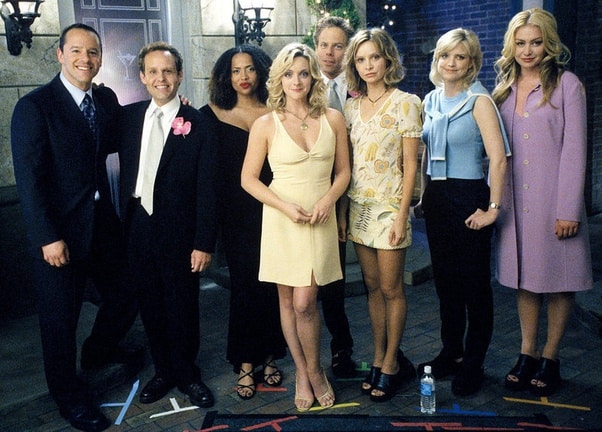 It does sound as though this question has come up before and the answer to bringing up a reboot has been ‘why not?’, even though nothing has come of it yet. There could be many reasons why there hasn’t been an Ally McBeal reboot yet and it could have more to do with the fact that not every old idea is being placed back on the market no matter how many are still being brought forth to an audience that has to be reminded of at least half of them. When thinking about how many old ideas are being repackaged and touted out to the masses one has to wonder just why the studios that are in charge of said projects are bothering with some of them, while others might actually have promise. Ally McBeal is actually believed to be a show that would thrive since it was created before the MeToo and TimesUp movements and did tackle feminism and discrimination in the workplace well before now. As a comedy show though it feels as though it might have been more tongue in cheek a lot of times and it could have been that people didn’t really take the show seriously. Would it be a bad idea to bring it back? Probably not, but as a reboot, it would likely feature a much different cast, perhaps with a few of the original cast members delivering cameos. But would anyone want to see this show without Calista Flockhart?

Depending on how the show would be designed to return it feels easy to say that Flockhart would no longer be the star and that if she did show up it would be in a cameo that would be more for the pleasure of the fans than anything. But the show would also need to remind people just why it was so popular back in the day and would need to come up with a way to be just as appealing. That might not be a huge impediment to some people but it might be a bit of a roadblock simply because as much as many of us remember the 90s and the shows that helped to make the decade enjoyable, there are plenty of people that are grown now that were kids when the decade was in full swing and might not recall just why Ally McBeal was such a big deal. There would definitely need to be a build-up to this show if it did happen and it would need a few talented actors to help pull it off, and a few original cast members to really solidify any chance that it might work the way they wanted it to. The subject matter would no doubt have to shift to accommodate the current era, but a show like Ally McBeal doesn’t feel as though it would need to shift that much since the content was fairly edgy and even a bit controversial for its time, meaning that it wouldn’t take much to make certain that it could work this time around.

Whether or not we’ll ever see it is another matter entirely since with the current run of show and movies that are being touted all across the various networks it’s hard to say whether or not Ally would fit in with a lot of different material or would be sucked into that gravity well where a lot of supposedly popular shows tend to go when they can’t attract enough viewers and tend to linger for a while until some network exec decides to clean house and list the show as one of those that’s just not performing. That’s kind of a bleak outlook on the chances that Ally McBeal might have when it comes to competing in a very cutthroat market, but the flipside of this is that the show could offer up a nice bit of nostalgia that would entice people to watch and remain hopeful that the show would only get better and remind them why it was so popular back in the day. That’s definitely a more positive outlook for the show, but it’s also a hope and a prayer that, in the entertainment industry, is best when bolstered by the faith and support given by those that can make it happen. Without that, there’s really not a lot of hope that such a thing would work since the show was popular in its day and it did entertain a lot of people while instigating a conversation about what happens in the workplace, but like all shows, it’s time came and went at one point.

A reboot could possibly work, but only if it’s done in a manner that will gain the attention of the people and give them a reason to take more than a casual look before making up their minds.