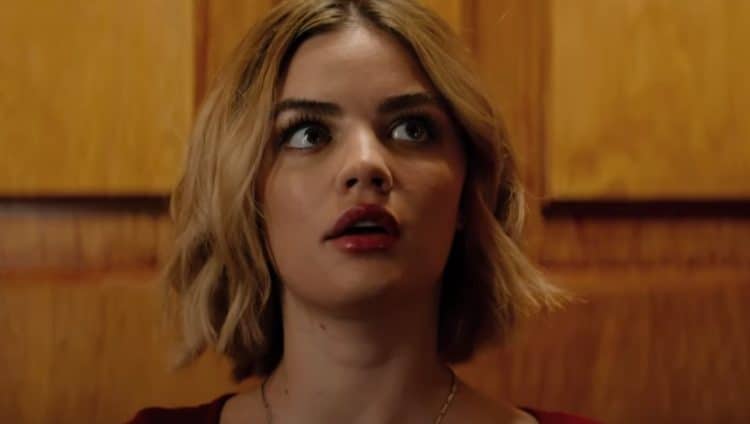 Was anyone else surprised that Fantasy Island became a movie instead of a TV show reboot? How about this, was anyone else surprised that they didn’t keep to the original story line and completely cut the part that Herve Villechaize made so popular? In all honestly Herve was cut from the show at one point, but many of us likely still recall the words “The plane! The plane!” that he made so famous during the show’s run. There are some folks out there arguing that the movie will be entirely different from the show since it appears to focus only on the horrific aspects of the fantasies that will be enacted, but the truth is that the movie has already been said to be completely separate from the TV show in any case. And really, it shows from the trailer since if anyone remembers the TV show wasn’t nearly as dark in its delivery as the trailer to the movie has been. There were plenty of fantasies in the show that went down a dark road and left people in very real danger, but most of the time Mr. Roarke would step in and keep things from going too far if he felt the need. The guests had a chance of course to see their fantasies out to the end, but much of the time they weren’t in such mortal danger as we’re seeing the movie is about to depict. In other words, there was always the chance to leave if they so desired, though several of them ended up staying for their own reasons.

Perhaps if the movie doesn’t go over well, or even if it does, someone will think of making a go at another TV show, perhaps leading off the newest version of the idea so that it can be brought back in a manner that people might respond to. One has to remember that Fantasy Island, like many of the shows it shared an era with, were great when they first came about, and people absolutely loved sitting down in the evening to watch their favorite characters on the screen. But in this day and age things are different and many things have to be changed to keep up with the times. This would include mysterious islands somewhere in the Pacific that are essentially supernatural in nature and can grant guests whatever it is that they want, for a price. The great thing about Fantasy Island, both the show and the movie thus far, is that it’s a giant lesson in morality and, barring that, it’s a chance for people to attain what it is they truly want, or think they want. For some it was a chance at a peaceful resolution, for others it was an opportunity to seek justice or even just live out a personal fantasy that they’d been dreaming of for so long. Whatever it was the fantasy was worth the world to the guests and was usually carried out to whatever end that came, even if Roarke had to step in from time to time. Kayleena Pierce-Bohen of Screenrant has a few things to say about the show that might affect how people view the movie.

It’d be nice to say that a Fantasy Island reboot hasn’t come along yet largely because there’s not enough space in any time slot that might accommodate it, but that wouldn’t be the truth, not even close. Chances are there’s someone out there that would love to take this idea and run with it, but there would likely be an argument over whether it would be following the movie or picking up where the original show left off. Then of course there would be plenty of fans watching closely in the attempt to find any kind of flaw that could be exploited so that they’d get to have their say about it. That is how things go from time to time after all, as many people thrive on catching mistakes, calling out inaccuracies, and comparing one version of a show or movie to another so that they can prove their pop culture superiority or their simple need to be the most knowledgeable of the bunch. In any case a Fantasy Island reboot could possibly happen, but it would take one brave soul that would need to make the decision as to whether to follow the movie or the original show, and the follow-through would need to come right after since this isn’t the kind of project what would shine with a half-hearted attempt. Jennifer Oullette of ARS Technica has more to say on this matter.

A TV reboot would also give a lot more chances to see various fantasies that might be either kind of disturbing or perhaps even a little enticing to viewers given the limits to which TV can go these days. In any case it would be interesting, but it just needs someone that has the nerve and the kind of ideas that might fly with the right audience.