Home
Movies
Shouldn’t There Be a Sequel or Reboot of Iron Giant Already?
Prev Article Next Article 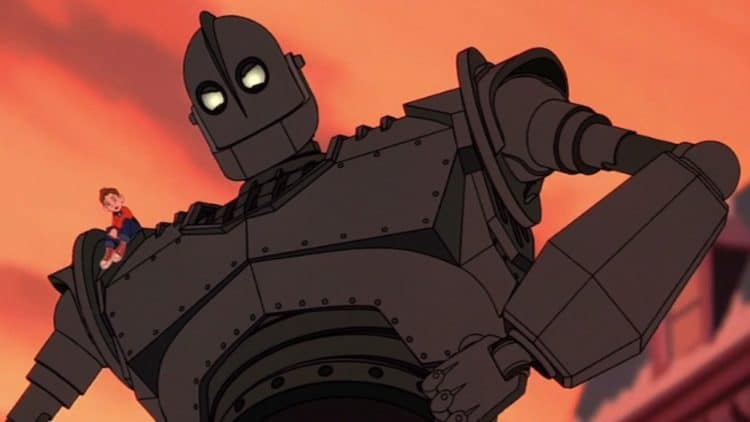 Really when you think about it just about everything else has either been up for consideration or is being discussed here and there by those that have watched movies such as The Iron Giant and are thinking that it would be great to see a remake, a reboot, or a possible sequel to these classic movies. The story was one that fit the 90s to a tee really since it was sentimental and dealt with single motherhood, the beatnik life, and of course the twitchy, overzealous federal agent that was eager to prove himself to the people at the top. It feels safe though to say that if it was made today that this movie would be changed in ways that might not be fully agreed upon by those that remember the original movie, and could possibly tank if only because nostalgia might not be enough to keep people from wondering why Hollywood and the ‘woke’ community can’t just leave things be and agree that a movie is a movie and is made for entertainment, nothing else. A sequel would be possible really since by the end of the first movie the giant was already starting to reassemble himself and his imminent return would have been hard to deny given that his individual parts were making their way back to him.

What’s unfortunate about movies today is that eventually everything becomes political or is given social relevance in a way that kills the fun aspect of a movie and forces people to look at it through varying lenses that eventually give it an entirely different meaning that what the writers were going for. Of course there are always those writers that are getting their marching orders or their approval at least from those that want to spread this strange ‘woke’ phenomenon that has been ongoing for years now into the entertainment field. The story was good enough, the action was great, the feel of an animated movie was more than enough, and the overall effort was something that people tended to enjoy and doesn’t need to be complicated any further. In a big way the fact that this movie hasn’t been remade or given a sequel yet might be a good thing since there’s no telling just what could be done with and what might be utilized in order to change it around for those that are wanting to give the audience something that is PC and bound to be something that the higher-ups are comfortable with giving to the people. That kind of makes a person wonder just who’s in charge of the movie and what’s making them think that their opinion is the only one that needs to be considered when it comes to making the picture.

It’s true, catering to fans can become a dangerous and foolish proposition that can go too far in a very short amount of time. But giving fans what they want, or at least taking the time to consider that fans actually do know what they want to see from time to time, is a worthwhile pursuit since if this movie ever does come back it really needs to be given the proper treatment that would help it to move forward and not bury whatever aspects the producers think isn’t acceptable in this day and age. The PC era has truly killed off some of the best ideas and sought to bury others since it was first brought to bear and it’s become something of a plague that thankfully isn’t able to stifle a lot of ideas but is still there, hovering, waiting to tear down or alter anything that those making the movies and those watching them, who haven’t a single grain of humor among them, will deem unsatisfactory. When it comes to The Iron Giant, there really wasn’t much that could be said to be that controversial, and if someone decides to say yes there is, then it’s time to take off the PC goggles and remember why we’ve loved movies for so long. It’s not the idea that we can change them by holding protests and whining like children with bruised egos or feelings, it’s because the movies take us to a place where we don’t have to deal with reality and everything that comes with it for a little while. Christian Toto of The Hill has a little more to say on this.

While it’s difficult to know if anyone is really talking about this or has perhaps overlooked The Iron Giant for so long it’s also just as easy to think that if it ever does come back it’s going to be changed just enough to the point that some folks might have an issue with it. The story itself was something that was touching and easy to follow as well as very heartfelt in the way it was delivered. Hopefully none of that would change too much.