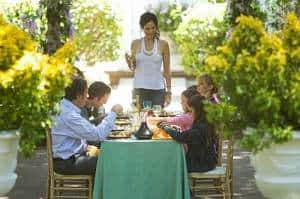 Shortly after giving out the premiere date for Dexter and Homeland, Showtime has announced more returns, this time for Weeds and Episodes. Both will be airing Sundays this summer, beginning July 1st. The eighth season of Weeds will kick things off at 10:00, with Episodes following at 10:30.

There’ll be thirteen episodes in what is rumored to the final season for Nancy Botwin and family, following a cliffhanger finale last season. Multiple members of the Weeds bunch have been cast in pilots this year, notably Justin Kirk in NBC’s Animal Kingdom and Kevin Nealon in NBC’s Isabel, but all will be in attendance for this season.

When we pick back up with the Botwins, we’ll be finding out who pulled the trigger, if they connected, and who they connected with. Could Esteban’s men be exacting revenge or did one of Nancy’s many enemies take it upon themselves to try and finish the job?

Meanwhile, Episodes had its order booted up from an initial seven installments in season one to nine in the upcoming season. The series picked up multiple Emmy nominations last year, including a nod for Matt LeBlanc’s portrayal of a fictionalized version of himself, as well as recognition at January’s Golden Globes.

In the first season finale, we found out that “Pucks!” (formerly “Lyman’s Boys”) had been picked up to series, with Beverly sleeping with Matt after fighting with Sean. Now that they’re stuck dealing with a pushy American network, as well as one another, can Sean and Beverly make up and try to take control of their show back?

Will you be watching Weeds and/or Episodes this summer? If the bullet in last season’s finale of Weeds didn’t get Nancy, who do you think it got? Do you think that “Pucks!” will be a success for Sean and Beverly?