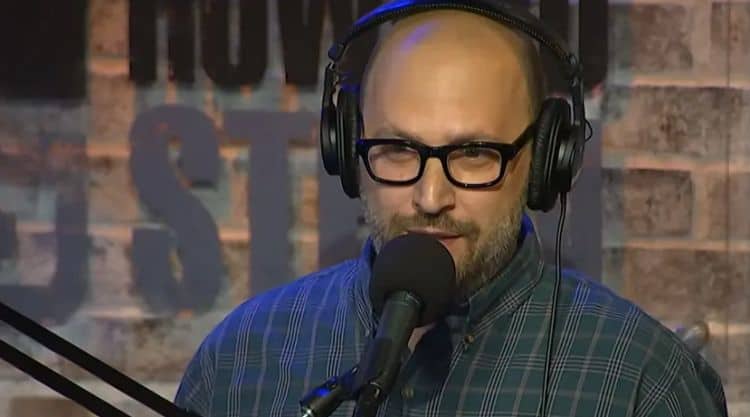 If you spend any of your time listening to Howard Stern, then you’re already familiar with Shuli Egar. He spent so much of his career working with the radio host, and he made quite a name for himself in the process. Right now, however, he’s made the decision to leave the famous show. Now, fans are wondering where he went and why he’s done with it. We thought we might look into it and see what happened and how it all went down.

1. He’s Dealing With His Life

His official statement after leaving the show is that he is focused on his own life. He’s going to reprioritize and see that he can make sure he’s taking care of himself. That sounds, to us, like perhaps he was at a crossroads and needed to make some personal decisions perhaps he never imagined himself making.

One thing he’s doing now that he is gone is focusing on his own show. He’s got one called “The Shuli Show,” which is a podcast. Now that he has the time to focus solely on that one, he’s working hard to ensure this is where he wants to be and what he wants to do with his life. It’s a good move for him.

3. He’s Focused on His Mental Health

He’s a man who is working hard on focusing on his mental health. He’s never felt better now that he’s stepped away from his previous role and is focused on his own. Mental health, especially in this time right now, is more important than ever, and it’s a situation he is familiar with.

4. He’s Focused on His Wife and Daughter

Right now, he’s very focused on his wife and daughter. They are people he felt that his old job and old life were taking him away from. He stated in his first podcast for his own show that he felt he was losing connection with them, and that was nothing he wanted to see happen.

When he made the decision to reprioritize his own life, he made the decision to move to Alabama. He was offered a part time job with the same show he was part of, and it was also a pay cut kind of situation. He was able to continue to work on the show, and he could have had a broadcast of his own at the same time. However, there were too many stipulations, and he didn’t want to abide by those.

6. He is Thankful For His Time With Stern

He spent more than fifteen years working with the host, and he is thankful and grateful for that time he spent there. He called it his dream job working with Stern on his show, but that his priorities have changed and he’s got a different mindset now. He’s not said anything negative to this point.

We don’t know where in Israel he is from, but we do know that his family moved him to the states back in the 80s. They chose the West Coast. He wouldn’t go on to meet Howard Stern until the year 2002, and he’d then appear on his show a year later.

What’s interesting about this man is that despite his time on the radio with the most famous host in the country is that his life is relatively private. He doesn’t speak too much about his family when he’s on the air. We know very little about his wife and his daughter.

When he was asked why he uprooted his New York City family and took them to Alabama, it all came down to the safety he and his family felt. Or, more to the point, the safety that they did not feel. Their NYC neighborhood was one that was lovely until 2020 when it went into a rapid decline and no one felt safe any longer. He, like so many others, were quick to flee the city for a location that offers more freedom and ability to live.

10. He Didn’t Know Anything About Alabama

What’s so interesting is that when he and his family made the decision to leave NYC for Alabama, he didn’t know anything about it. He thought he did, but he didn’t. He’s enjoying his life there, and he’s enjoying his time there, and it’s worked for him. He’s happy where he is now.