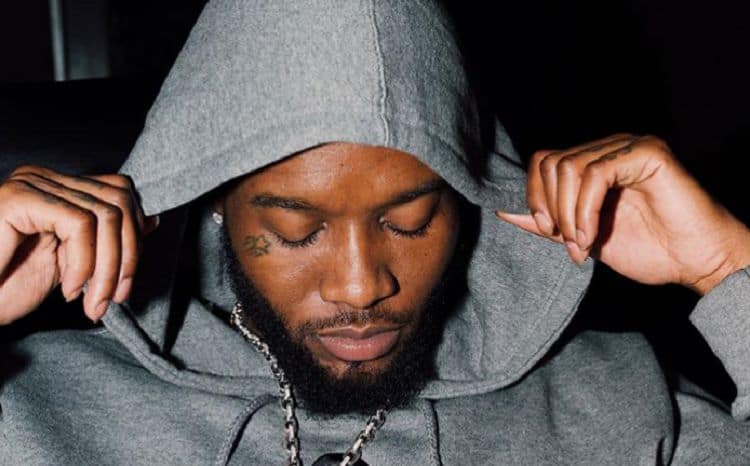 If you are unfamiliar with the name Shy Glizzy, you might not pay much attention to the hip-hop industry. He’s a rapper who has been in the business for more than a decade, and he’s doing everything he can to make sure he’s able to get his life in order. He’s looking to make himself a household name, and we think that he’s going to get to that point. Right now, his diehard fans know who he is, and he is working on making sure they aren’t the only ones.

Though he did earn the nickname when he was only 14, he is not a young man who was born with the name Shy. He was actually born with the name Marquis Amonte King. His date of birth is December 12, 1992. He’s still really young, but he’s been in the game for more than a decade now.

When Marquis was born, it was in Washington D.C.. He was born in the Greater Southeast Community Hospital, and he grew up right around the same area. He was there from the time he was born, and he spent his entire childhood here. He grew up with his mother, his grandmother, and his little brother.

3. He Lost his Father Young

Unfortunately, this is a young man who lost his father before he was even a year old. His dad was young when he was shot and killed. He was only 19 at the time. His son was nothing more than just a baby, and things simply did not work out well in his favor.

4. He was Arrested Young

Shy Glizzy did not have an easy childhood. He was arrested when he was only 14 for larceny, and he spent just over a year in a juvenile detention facility. He was not in a good place at that time, but he’s been able to get himself out of that mess and into something a lot better.

Growing up, he was not a fan of rap music. Rather, he was a fan of go-go music. However, he fell into rap when he was a little older. It all happened when was trying tow rite a book, but it was really more of a rap song than anything. That is the beginning of his entry into music. He was a young teen when this all happened.

6. He Once Changed his Name

There was a short time in 2017 when he decided to change his name. He did not want to go by Shy Glizzy anymore, so he changed his name to Jefe. He was ready to make some changes in his life, and that worked out for him with a reinvention.

He has been in the game for a long time, but his net worth is only around $200k right now. He’s not living the millionaire life by any means, but he’s also not doing too bad for himself. He’s making it work, and that’s really all that counts.

When he’s not making rap music and working on his future in the industry, he’s making sure he takes time to do the things that mean the most to him. He’s been able to take part in some very interesting hobbies. He’s a fan of shooting at the gun range. He likes to drive fast cars. He likes to hang out. He likes to spend time with pretty girls. He’s got a lot of interests.

9. He Considers His Style Luxurious

And street, and elegant, among others. He is a man who likes to shop, and he likes to buy things that are made well and will last a long time. One of his favorite brands is Louis Vuitton, and we get it. It’s one of the most iconic luxury brands, and it’s made to last.

10. His Job is His Favorite Hobby

He might have some fun interests outside of his work, but it’s his work that is really truly the thing that means the most to him. He loves what he does, he enjoys his time working on things that are for his music, and he’s not about to stop. He has goals that involve growing and evolving, and he’s not going to stop what he is doing until he is able to get his life in order and make this work for him.