You can’t choose your relatives and you’re stuck with them for life. On television, sometimes it’s even longer than that. But, as in real life, some of the best drama comes from those you call family. They drive you nuts, get you into trouble and generally ruin your life. They are also the ones who have your back and who will stand by you when the chips are down. Brothers and sisters: can’t live with ’em, can’t shoot ’em.

So which TV siblings have the best and worst relationships? Which ones make for the best stories? Who have stuck together and who have gone their separate ways? The following shows put the expression “blood is thicker than water ” to the test.

Some siblings spend more time together professionally than they do personally. It’s a different dynamic when you have to deal with family in a at work; the rules change. You can’t stop them from putting themselves in danger if that is part of the job description.

Sometimes a job interferes with a personal life, especially when it comes to medicine and law enforcement. Pagers go off at inopportune times and a patient’s life becomes more important that a relative’s personal crisis, causing bad blood. On the other hand, if a relative becomes a patient, all bets are off and procedures become optional because there are no rules when it comes to saving family.

Cops are just as guilty. If little brothers or sisters are at a crime scene, they have to be questioned just like everybody else with the added bonus of bosses telling you to use your personal relationship to get more information. Occasionally they can be guilty of the crime, leaving the cop torn between duty and family. Rarely, for instance, even if a brother is a suspect the cop is willfully blind to the clues. Because if she doesn’t notice she doesn’t have to do anything. And, really, who wants a serial killer in the family?

Debra Morgan and Dexter Morgan, Dexter. Dexter has no problem helping his little sister advance her cop career by giving her insight into the serial killers of Miami. But all that free advice is going to stop when she gets through the rest of them and his name pops up on her “To Arrest” list because he doesn’t want her job to interfere with his fun and games. 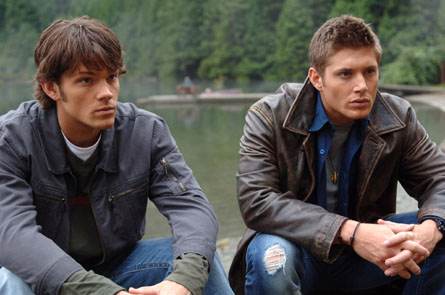 Big brothers, older sisters, elder siblings, senior offspring. There is one other synonym for this half of the familial relationships: babysitters. If you are the oldest, there is no way you have gotten through life without being told to watch out for your siblings. It’s impossible. Of course it would be easier if they actually listened to you. But you are not the parent so they don’t have to unless properly motivated. (Hint to parents: I got paid for babysitting. My siblings got paid for being good. It helped.)

L’il sis, baby brother, youngest of the family. It call comes down to one word. Slave. Send in the pipsqueak for cookies – they are cuter than you are. If you know it’s going to get you in trouble, make the baby to do it. No one ever suspects the baby. Need a chick magnet? Take junior to the park (whether she wants to go or not) and tell all the pretties that you are watching your little sister for the afternoon but you are free that evening.

So they don’t listen, they get you into trouble, they disappear the minute you turn your back, and they always think they’re right. Where are the benefits? You have somebody to put up with you on long road trips, they always know which fixings to order on your burger and, in a pinch, you can use there toothbrush if they threw yours away because they thought you were in hell or something. All in all, not a bad deal.

Sam Winchester and Dean Winchester, Supernatural. Sam’s been unwittingly aiding a demon army and Dean was recently tagged as heaven’s go-to guy but these brothers are still fighting on the same side. With armageddon approaching, they have to watch out for each other since both sides are more than a little ticked at them right now. Of course, hell on earth would never have come to pass if Sam had listened to his older brother… or if Dean hadn’t sent his little brother to fetch pie.

I saw her first

Oh, the fights. Over who gets which toy, and who gets to sit in the front seat, and who gets the last chocolate chip cookie while the other one gets stuck with oatmeal raisin. And the fights over girls.

It may be that both brothers are truly attracted to the same little coed. No matter which side of the nature-vs-nurture debate you agree with, two boys growing up in the same house are going to have some similar tastes. It’s possible they both really like her.

Much more likely is the scenario that only one brother likes her. Bro#2 wants to date her to piss off Bro#1. The female in question is entirely incidental. It goes back to the crayon thing. You know – you only want the colour that the other person is using at that very second. Fifteen years later, it works the same way for dating.

Unlike the great crayon debates, the girl fights have longer reaching consequences. Stealing a girl is one of the unforgivable crimes that the losing brother will bring up until he is dead. (What do you mean I can’t borrow your walker? Don’t you remember the time you stole Sally Sue from me in our freshman year?) Sometimes the payback lasts even longer than that.

Stefan Salvatore and Damon Salvatore, The Vampire Diaries. Stefan and Damon fought over a girl a hundred years ago. And now they are fighting over the same girl again. You think that they would have learned their lesson by now. Girls can’t be shared like Legos? Women are nothing but trouble? No, the lesson is… dead men shouldn’t date.

If you have a brother or sister, you never have to take the heat alone. Reasonable doubt becomes a wonderful tool in your arsenal. I wonder how many only children become effective lawyers since they don’t have any childhood opportunities to practice transferring the blame to another party or providing false alibis.

Accusations are the tougher part of the equation. You can’t get away with them very often. You had also better make sure that your sibling doesn’t have an airtight defense. But it is incredibly handy to grow up with someone who has the same access and opportunity to commit the crime. Without proof, parents tend to let you go or punish both of you. So you might as well be guilty.

The upside is that if you are truly innocent, and haven’t gotten your sister into too much trouble with the false accusation thing, families will protect their own. After a couple dozen years, even if you don’t know for certain what your sister was doing at the time, you can probably guess, which is very handy for trying to establish an alibi when you haven’t had a chance to practice your stories in advance. (“No, sir, I got drunk at the bar and she had to drive me home” vs “I was working at the bar. Sure, he was there. I’ve driven him home lots of times.”)? You’ll still catch hell for the drinking part, but your alibi for afterwards in intact.

Jason Stackhouse and Sookie Stackhouse, True Blood. Geez, just because a person’s grandmother is killed soon after his baby sister start dating a vampire, it’s no reason for a big brother to blame the happy couple for Gran’s death. Then to add insult to injury, she has to defend him when her big brother wants to suck on her boyfriend’s neck as badly as she does. Of course, he’s a “V” addict and she wants to do it for completely different reasons.

Every family has a golden child. The one who can do no wrong. The favourite. And there is nothing you can ever to to change it.

They can make your life a whole lot more difficult without even trying. The problem is that sometimes they are wrong or less capable… or evil. This is especially bad on television when the evil favourite turns the entire family against the black sheep of the family. Occasionally, and this only seems to happen in political families or clan dynasties, the entire family is evil with the exception of the black sheep who actually wears the white hat. Great drama comes from watching the brother on the outside fight against years of family loyalty and upbringing to do the right thing, even though it means turning against his own blood. The worst part is when the good brother finally thinks he’s won and then yet another evil half-sibling falls out of the woodwork. Evil parents breed siblings like rabbits.

So how does your family rate against the best that primetime has to offer? Do you have a good enough relationship with your brother that would you follow him into hell? Have you stolen your sister’s boyfriend just to get even for that embarrassing incident with the video camera and the food dye in the toothpaste? Would you do anything to help your family business succeed – evil or not? If you answered “yes” to any of these, or better yet to all of them, you could be living the next hit drama.

Nathan Petrelliand Peter Petrelli, Heroes. So what if Nathan is dead? He’s still picking on Peter and his little brother’s friends. Peter’s been dead lots of times and he hasn’t gone after other people who have powers with the intent of using them for nefarious purposes… Wait a minute. Maybe there is such a thing as genetic predispostion.