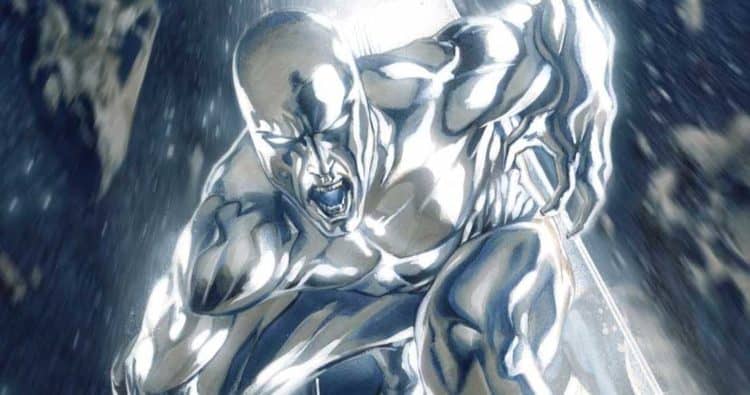 Let’s just assume the Fantastic Four movies that we got years before, especially the one with the Silver Surfer, were basically another earth that exists in the multiverse that doesn’t need to be given any further thought at this time. Wouldn’t that be nice? It seems like it might be possible since Kevin Burwick of MovieWeb and many others are buzzing with excitement at the thought that this could actually happen. The Surfer is a figure that within the Marvel universe is a true powerhouse and not someone that needs to be hyped up beyond belief. It could even be that he might be brought in and shown alongside Captain Marvel since the Surfer has had a lot of dealings with the Kree in the past, and his continual presence within the cosmic landscape of the Marvel universe is enough to think that the two might interact a time or two.

If he does come to the MCU it could be that whatever position Captain Marvel has been given in the Marvel universe would be very much in jeopardy since the Surfer is immeasurably more powerful than Captain Marvel. But as you can imagine the studio might decide to de-power the Surfer in a way that would allow Carol Danvers a victory if such a confrontation ever happened. And while there’s no real solid story at the moment it could be that he’ll be introduced as the herald to Galactus once again since this was how he was really introduced into the Marvel universe, which would make him the enemy and therefore into a serious conflict with the Marvel heroes. But it’s still a question as to who he would be fighting, though it would have to be someone that could stand toe to toe with him or at least think quicker than he does since the Surfer is a truly powerful, quick, and intelligent individual that knows how to fight, knows how to survive, and can definitely square up with some of the most powerful individuals in the Marvel universe. In fact, had he been allowed to take part in Infinity War and Endgame the battlefield would have been quite different since his renown as a cosmic hero was just one element that allowed the Infinity Gauntlet to be staged in space, along with the other cosmic beings.

Kevin Feige might have to eat his words if the MCU were to bring the Silver Surfer in, but according to Carlos Rosario Gonzelez of ScreenRant, it’s easy to assume that we might not see him for a while yet. Of course that’s one opinion since talks seem to be coming along at a pretty good clip. Seeing him come into what should be another big story arc for the MCU should be exciting since there are a great many things that the Surfer could be brought into the fold for. His story is such that it has just as many different directions it can go in, and there are a large number of individuals and team that he could interact with. Putting him into the mix as a herald of Galactus would be interesting since establishing that he was in service to a more powerful being and was attempting to break away would be great to see since it would firmly settle just who he is and why he’s so important. The Surfer has, for a long time now, been kind of a tragic character in that he has a LOT of blood on his hands and has been doing what he can to atone for it for many years. In some ways he’s become like a cosmic paladin that is out to do the right thing whenever possible, but he’s also been known to be violent when he needs to be. A being created of the kind of power that is known to destroy worlds, the Surfer is someone that can take on some of the most powerful beings in the Marvel universe.

Christian Bone of We Got This Covered has made it known that Galactus should probably make an appearance without any doubt and I’d firmly agree since it would seem that there’s already a plan for the planet devourer to make his entrance. Not only does it make a great deal of sense, but it introduces another big bad that is insanely powerful, even more than Thanos to be honest, and is capable of devouring entire worlds to survive. This was a big reason why the Surfer was brought in to start with since he and the Fantastic Four were made to clash as Galactus had targeted earth. But think of it this way, if Galactus was to be introduced it could be that an arc could be created that might see him as the major bad guy, and there could be a way to bring in the FF as well as other heroes to make yet another milestone in the MCU. Sounds enticing doesn’t it?