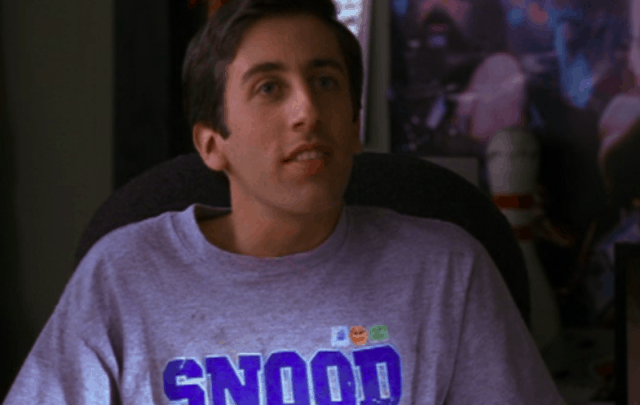 I’m sorry but I could not pass this up.Â  The other day Old School was on television and every single time that movie is on I always forget that Big Bang Theory star Simon Helberg had a small part in the movie.Â  You might also remember him in the movie National Lampoon’s Van Wilder, the film that got Ryan Reynolds into the Hollywood radar.Â Â  However, one role you might completely forget he played was in the show Undeclared.

What you might also not know is how ridiculously alike he and Jerry Seinfeld once looked.Â  I dug up this screen shot from Undeclared and as you can do if there’s a long lost son of Jerry Seinfeld out there, it’s 100% Simon Helberg when he was on the show Undeclared.

I mean this is absolutely insane.Â  Almost creepy.