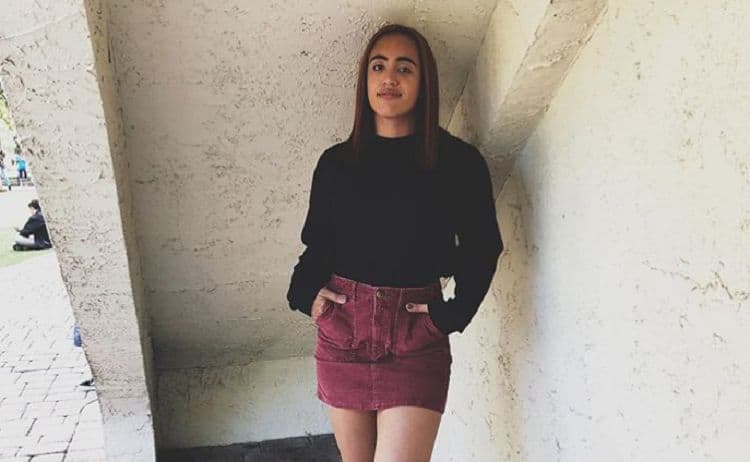 The next generation of the WWE is still incoming and so far there’s a great deal of talent stepping into the ring in both the men and women’s divisions as the NXT continues to push against its parent company even as new talent is being noticed wherever it happens to appear. As Jeremy Dick of MovieWeb has mentioned though, Simone Johnson, daughter of none other than the legendary Dwayne “The Rock” Johnson, has decided to make her way into the ring to show what she can do. Immediately a lot of people might start crying ‘nepotism’, especially given that other generational stars have stepped into the ring throughout the years. The Rock is actually a third generation superstar as his father, Rocky Johnson, and grandfather, “High Chief” Peter Maivia have all been involved with the WWE. There’s also Randy Orton, Ted Dibiase, Cody Rhodes and Dustin Runnels, and many other stars that have followed in the footsteps of those that came before them. The idea of nepotism is unfortunately very real, but it’s also less of a problem than people might think since like it or not, wrestlers do have to work hard at their craft, and just belonging to a wrestling family doesn’t guarantee a person a spot on the roster.

A wrestler has to be willing to give just about everything to their craft, including their body and every waking moment of their life if they want to be successful. They have to win over the crowd, much as the Roman gladiators did back in their day. From their showmanship to their character arc to the skills that they display in the ring, a wrestler has to be able to wow the audience and make them care. Dwayne Johnson actually made this clear in the movie Fighting with My Family, the story of how Paige came to the WWE when he stated that if she didn’t win over the crowd, her chance would be gone the next day. Simone has a very big chance to do something great and be part of an amazing legacy, but she also has a very big shadow to get out from under as her father became one of the most popular and most famous wrestlers throughout the long history of the WWE. So far it does sound as though she’s brought a tremendous amount of heart and a willingness to learn what it takes to win over the people.

It’s very easy to say that she’s earned this spot because of who her father is, and many might use this against her in whatever way they can. But let’s be real, it doesn’t matter who your family is, if you can’t put in the work and you can’t get the people behind you then there’s not much of a chance that you’ll do that great in the business. The entire locker room can believe in a single person on the roster, but if the people don’t respond then such a character isn’t bound to last for long, especially if it takes the WWE creative team to push them on the people. Roman Reigns can attest to the resentment of the fans since his narrative has been pushed onto the WWE universe for far too long. Pushing a narrative to earn the love of the people is possible, but more than anything, it’s the person in the ring that will make people believe in them, love them, and idolize them in a manner that will eventually make them a legend. Think about how many people have come and gone throughout the history of the WWE and you’ll realize that while some of them, a lot of them in fact, have been loved at one point, many of them are mere blips in the history of the company, while only a select number have resonated throughout the years in a big way. This is why Simone has something of an uphill battle when it comes to her own career. She’s been signed, she’s still a teenager, and it sounds as though she has a lot of passion moving forward, but without anything against her character, she still has a long way to go.

One thing that definitely works in her favor is that she’s gained the attention of Triple H aka Paul Levesque, who oversees a great deal of the WWE’s talent and has gone ahead to claim that she does now have a very coveted spot that many would do just about anything to secure. Again it’s true that being the daughter of one of the greatest wrestlers ever has helped her reach this spot, but without the ability to do the work and gain the attention of the crowd it won’t mean much. If anyone remembers, Dwayne Johnson wasn’t an overnight sensation when he first came to the WWE, which was the WWF at that point. But it’s easy to say that we’re hoping Simone will, with her father’s blessing, continue one of the most impressive legacies that the company has ever seen.