It might be stretching the boundaries of reason and rationality, but a lot of people would absolutely love to see a Princess Bride theme park that was very real and capable of being visited within the next few decades or so. Â Theme park designerÂ Jon PlsekÂ came up with this genius concept for “The Princess Ride”, a classic theme park boat ride though the beloved film. Here’s what he had to say about it…

“This personal project is a collaboration between me and Olivia West, a writer for Universal Creative. The ride is a simple retelling of the story (or a “book report” as we sometimes jokingly call it), highlighting all the great moments and quotable lines from the film. This is a personal project and is in no way affiliated with Universal Creative or any other themepark-related entity.” 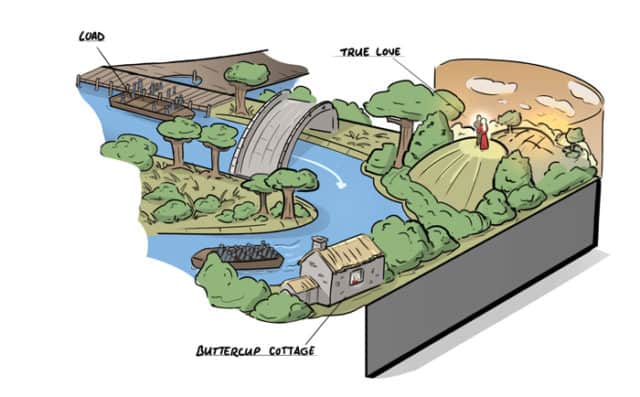 The ride, at least I would hope it’s a ride inside a theme park and not the entire them park, looks like it would start as it should, when Westley and Buttercup fall in love and begin a burgeoning romance. Of course we all know that this isn’t going to last. It might take a very tall wall, or a pair of retaining walls, to border the entire ride, unless of course the ride itself was built within a massive structure that would allow for a little more stability. 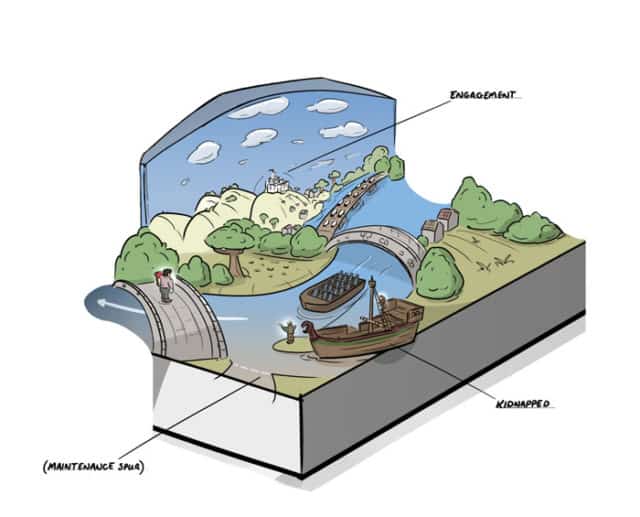 From there the ride would move on towards the eventual engagement of Buttercup to Prince Humperdink, and then to her kidnapping perpetrated by Vizzini. The maintenance spur is more for the pleasure of the architects so that it’s known that there is a place to get into the ride when it requires a bit of upkeep. The scenery looks like it would be kept at a minimum so as to enjoy the aspects of the story that much more. 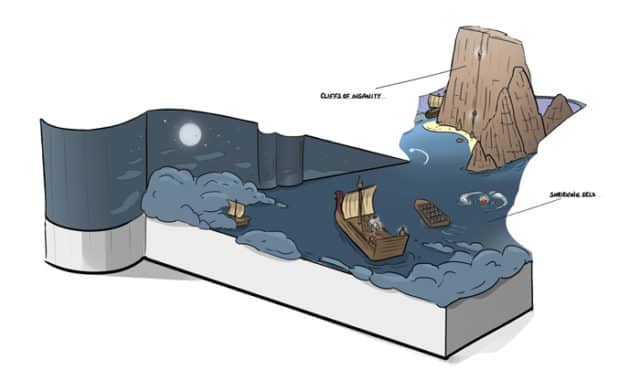 The shrieking eels might be a fun moment in the ride, especially if they were allowed to come near the boats much like the famed Jaws in Universal Studios. From there it would be on towards the Cliffs of Insanity, where people could watch as Westley ascended the massive cliff face to rescue his lady love.

As the ride moves upwards fans of the film could witness the challenges that Westley had to go through such as the fencing match with Montoya and the wrestling match with Fezzik. Strangely enough Vizzini’s challenge was just as entertaining to watch as the first two challenges. Â After besting Vizzini it would then be a swift ride down the hill, possibly with Westley’s voice being heard overhead or somewhere near saying “Aaas yooouu wiisshh!” 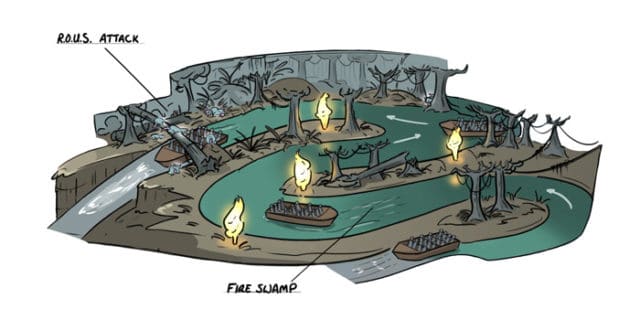 After being attacked in the Fire Swamp Westley is then, of course, taken to the torture chamber while Buttercup is forced to agree to the marriage to Humperdink. 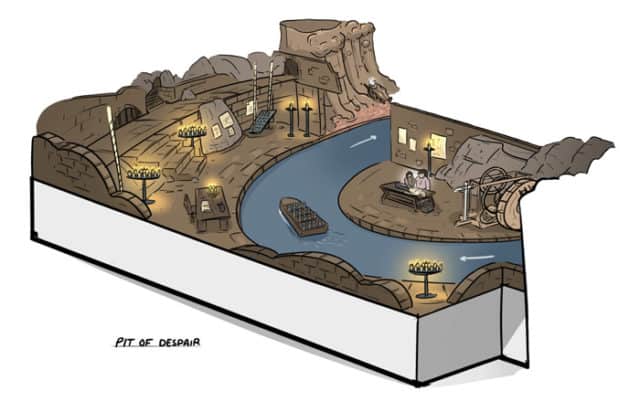 The Pit of Despair would not be a nice place to visit and might have to be toned down a bit just for the kids. However it should also be noted as an important part of the ride. 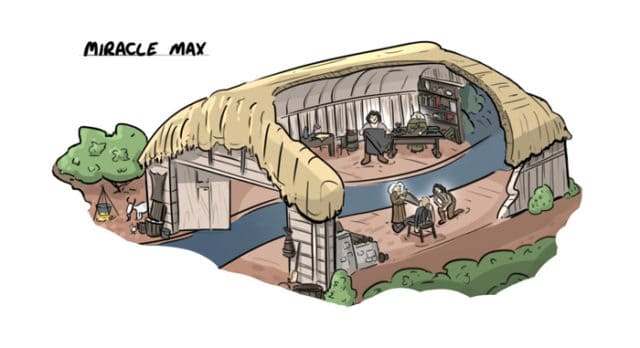 Taking Westley to Miracle Max could be a short but entertaining little part of the experience as well as a funny moment to give a little levity to the whole thing. 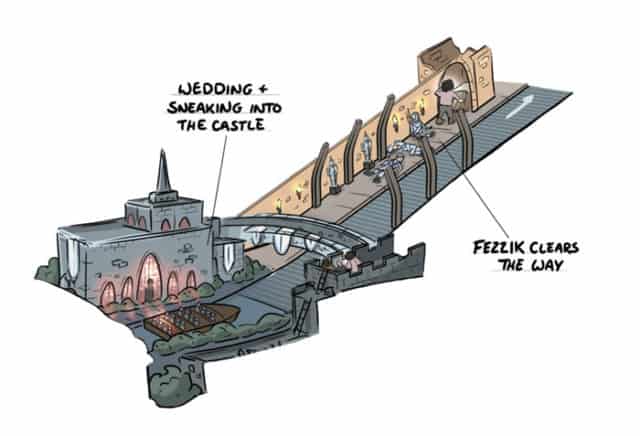 People would really have to be watching to catch everything in this aspect of the ride, but it would be entertaining all the same. It almost begs for a real, live actor to perform the stunts, but that might not be safe or cost effective. 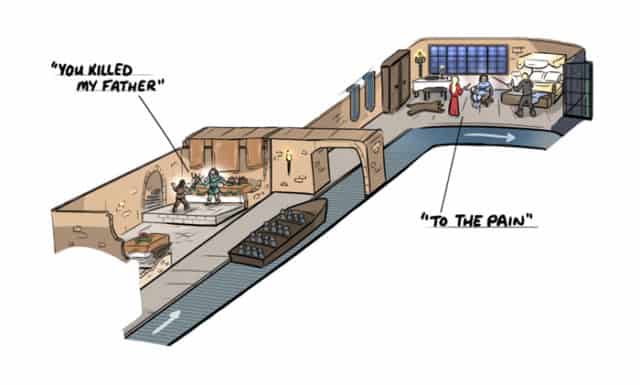 Two iconic scenes that could not be missed would be that of Inigo avenging his father, and of Westley finally facing down, kind of, Prince Humperdink. I would almost think that the boats would need to pause for a minute or two at each scene.

And then of course what’s a water ride without a splash at the end? Soon after the escape the guests would be ferried off to watch Westley and Buttercup finally kiss in a fitting end to an epic story.

While the theme park itself might not be an entirely viable idea the ride should be something that any designer and park owner would think is worth the effort.