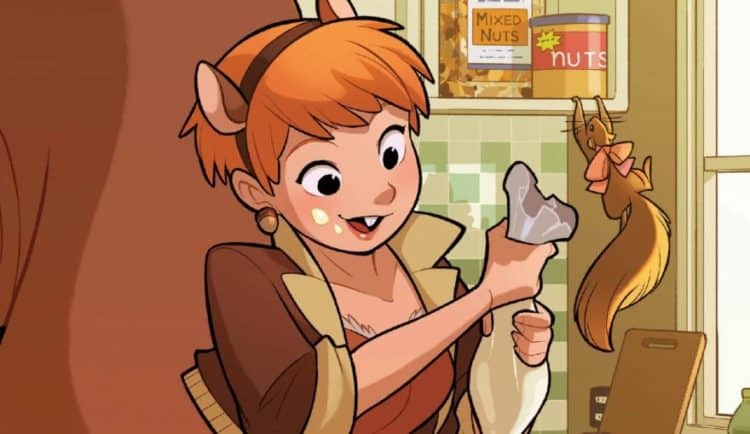 Think of Marvel heroes, and guys like Iron Man and Spider-Man will come to mind. The most underrated Marvel heroes are the ones who aren’t being talked about enough, mostly because they haven’t been introduced in the MCU yet. The emergence of the MCU back in 2008 brought Iron Man, a relatively lesser-known Marvel hero at the time, back into the spotlight, and now he’s a household name. Now that the MCU is expanding its boundaries to more lesser-known heroes, more underrated Marvel heroes can finally get the recognition they deserve.

So who exactly are these lesser-known heroes from Marvel? It’s a tricky bunch to narrow down, but the only a lucky few made the cut. I picked these heroes based on their abilities, their impact on Marvel Comics, and what they can bring to the MCU. If you love Marvel Comics as much as I do, I implore you to listen.

Get ready to do some digging, Marvel fans, because here are six underrated Marvel heroes who need to debut in the MCU.

Marvel actually has a few versions of their own Superman, but Sentry has to be the strangest. In his early days, he was a mentor figure and a close friend to many Marvel heroes. He has the ability to fly, incredible superhuman strength, and is directly empowered by solar radiation. Sound like a Superman for Marvel? Well, he would be, except he suffers from severe mental illness. The Sentry has a malevolent alter ego known as the Void, a dark entity that desires to destroy as many lives as The Sentry saves. This has led to the character having seriously complicated relationships with other heroes, leading to unstable alliances.

This kind of character would be unique to the MCU, as the Void would provide for a formidable villain. The Sentry has the power to be a valuable asset to the Avengers, but his mental instability would lead to some issues. Will the other Marvel heroes try to help him or will they reject him out of fear? That’s the kind of dynamic we need to see more of with MCU heroes.

How can a Russian mutant with the ability to transform into a Hulk-like bear be underrated? Well, the easy answer is he’s just not popular enough. Ursa Major serves on the Winter Guard, which is basically Russia’s version of The Avengers. Major serves as The Hulk of the team, being the massive power-player with unrivaled strength. The current status of The Hulk in the MCU is the Professor Hulk version; he retains his strength but having the mind of Bruce Banner pretty much prevents him from going into full Hulk mode.

Ursa Major is a great Marvel hero to fill in that gap for a tank of a character. He can tear through hordes of enemies with ease and keep his mind stable afterwards. Assuming Professor Hulk is in the MCU to stay, Major is the guy to take his place as the MCU’s new strongest character. His debut in the MCU may be inevitable, due to Red Guardian’s upcoming debut in the Black Widow movie. The two of them are teammates on the Winter Guard and have a close bond. The difference it Major is actually a mutant. Could he be the first mutant to open the door for the X-Men?

If The Sentry is Marvel’s creepy Superman, then Blue Marvel is the righteous one. For those who saw the Hobbs and Shaw movie, Idris Elba claimed he was black Superman. Well, he was wrong, because no one fits that title better than Blue Marvel. As a hero, he’s got the powers of flight, superhuman strength, light creation, molecular manipulation, and it doesn’t stop there. As a civilian, he is a genius-level scientist, a former Marine, and human rights activist. This guy’s got the whole package.

The amount of heroism Blue Marvel can bring to the MCU is off the charts. His great intelligence, near-unrivaled power, and overall humility would give the MCU a modern version of Captain America with significant minority representation. Marvel, please consider giving Denzel Washington a call.

Where there’s a Wonder Woman for DC, there’s a Wonder Man for Marvel. Simon Williams, aka Wonder Man, was originally slated to appear in Guardians of the Galaxy Vol. 2, played by Nathan Fillion. His scenes were unfortunately cut from the film, but James Gunn has hinted that he may appear in future sequels. If that is indeed true, then it would be a welcoming addition to the MCU. Wonder Man has super strength, the ability to fly, and can manipulate ionic energy. Basically, he’s Wonder Woman and Superman fused together.

It’s not Wonder Man’s power’s that would make him a great addition to the MCU, but his characteristics. As Simon Williams, he’s a professional stuntman and an actor. He brought stylish charisma to the comics, with a great sense of humor to go with it. The MCU is no stranger to brining on the laughs, and now that we lost the sarcastic and witty Tony Stark, there needs to be another funny guy to take his place. Wonder Man is that character and he’d be guaranteed to deliver on the jokes and have that Tony Starkish charisma. And yes, keep Nathan Fillion.

If a Norse god can be a superhero, then why leave out the Greek gods? There is no other Olympian better fit for the job than the one and only Hercules. What else can I say about him that hasn’t already been said? He’s big and he’s strong. Very strong. But Thor is like that as well, so would bringing Hercules on board feel redundant? The answer is actually no, because of one crucial detail.

Thor is still lurking in the MCU, but Asgard and many of its inhabitants have been wiped out. With Thor joining the Guardians of the Galaxy, a seat for a very powerful god on the Avengers is open. Hercules is undoubtedly powerful, but what separates him from other heroes is his personality. He’s short-tempered, simple-minded, and likes his alcohol a bit too much. One of his biggest flaws is his overindulgence in the celebrity lifestyle, which can often cloud his reality.

Hercules isn’t very original, nor is he very stable, but what make him underrated is his ultimate commitment to justice. Despite his number of flaws, he means well and is fiercely loyal to whoever he views as a friend. This kind of character would bring a unique kind of balance to the MCU. Hercules has almost all the negative qualities of The Hulk and almost all the positive qualities of Captain America. This prevents him from being a one-dimensional character and the fact that he’s a literal god would make him quite useful to The Avengers.

Yes, you read that correctly. Squirrel Girl is the most underrated Marvel hero around. Her ability may sound useless and ridiculous on paper, but she utilized it in the most creative ways. She can communicate with squirrels (although not telepathically) and if you think that sounds silly, she used this ability to defeat some heavy-hitter Marvel villains. These victories include Doctor Doom and the Mad Titan himself, Thanos. Oh yes, Squirrel Girl kicked his purple butt. If that doesn’t convince you, she basically serves as a new female Peter Parker. She’s young, goes to college, and balances that out while fighting crime. She’s a relatable hero and was meant to be a lighthearted character to stand out in dark and gloomy situations.

Squirrel Girl is simply the kind of optimistic hero the MCU would have a field day with, as she would serve as the perfect morale booster. Many villains would likely underestimate her, leading to some hilarious action scenes.

Those are my picks for who should debut in the MCU. A new phase for Marvel is beginning, so we can look forward to a new wave of different kinds of heroes.