Home
Movies
Six Unforgettable Movie Trailers That Have Stayed With You 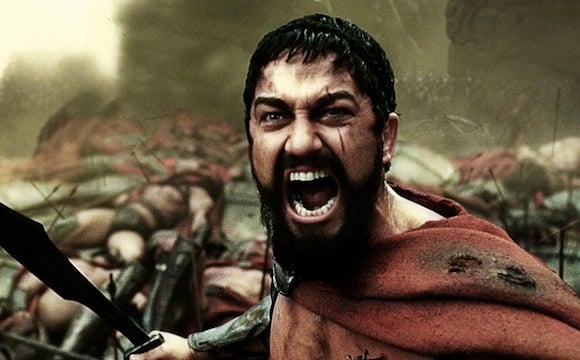 A movie trailer is supposed to get you psyched to see a movie.Â  It’s that simple.Â  The problem with movie trailers today is that they’re often more interesting than the movie itself.Â  I feel like a trailer should just give you enough to whet the appetite but not too much.Â  Unfortunately trailers today tend to share all the best scenes and we’re left disappointed.Â Â  However, sometimes it just doesn’t matter because the trailers are just that good.Â  Or the trailer does in fact do the movie justice.Â  Speaking of which, here are six unforgettable movie trailers that have stayed with us for all these years.

Why You Remember It — A striking visual style that artistically blended CGI with live action and setting nearly the entire thing in super slow-mo gave the trailer a surreal property. And of course, there’s an incredibly badass soundtrack to go along with it.

Was the Movie Better or Worse? — The same, 300 was essentially a 2 hour extension of its trailer, which was viewed by most as a good thing. Sure the movie was mostly style and little substance, but that didn’t make it any less fun to watch.

Why You Remember It — Christopher Nolan sure makes a good trailer. He was put on the public map after Batman Begins and the trailer for his next feature was a riveting mystery in itself.

Was the Movie Better or Worse? — Depends on who you ask, I’d say better, but many might say worse because they didn’t follow many of the twists the film took. But that’s because they’re stupid.

Why You Remember It — People often forget the hype that surrounded the return of Superman to the silver screen. This trailer with its triumphant score, iconic imagery and Marlon Brando from-the-grave voiceover made everyone wait with baited breath for the Man of Steel to rise again.

Was the Movie Better or Worse? — I think it’s universally agreed that the film didn’t live up to the hype. It wasn’t…bad, but it certainly didn’t take us back to the glory days.

Why You Remember It — The Sin City trailer had one of the most distinct visual styles you’d ever seen, black and white, almost cell shaded, with bits of color splashed in. A badass soundtrack and a massive ensemble cast helped as well.

Was the Movie Better or Worse? — About the same, it maybe didn’t flow as smoothly as the trailer throughout, but it was still plenty stylish.

Why You Remember It — The film with no title? Come on, don’t tell you me you don’t remember the hype surrounding the “1-18-08” trailer. No one had any clue what the hell this J.J. Abrams project was about as the trailer gave no information at all about the film, not even a name. All we heard was an explosion and a roar.

Was the Movie Better or Worse? — Probably worse. Everyone was speculating that Cloverfield would be some sort of new take on old Godzilla films, and that’s pretty much exactly what it was. There wasn’t very much mystery in the film itself. Just a lot of shaky-cam and screaming.

Was the Movie Better or Worse? — This trailer turned the hype for The Dark Knight into full blow hysteria, but despite the massive expectations it created, the movie actually exceeded everyone’s wildest dreams