Smallville returns with all new episodes on January 22. While the CW has not released promo photos for that episode, they have released photos for the January 29 new episode of the show. You can view them below, along with a synopsis. 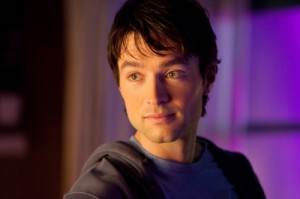 Clark (Tom Welling) meets Zatanna (guest star Serinda Swan) at a comic book convention, where she tells him her father charmed a copy of the comic book ‘Warrior Angel’and it holds magical powers.