We’re just a few days away from the season nine premiere of Smallville and we have a couple of great clips for you from the premiere episode, Savior. The episode will pick up where last season’s finale left us, it will guest star Brian Austin Greene as John Corbin and feature Zod. The episode synopsis is below: 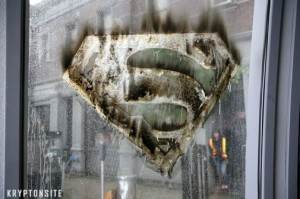 BRIAN AUSTIN GREEN (‘TERMINATOR: THE SARAH CONNOR CHRONICLES’) GUEST STARS AS JOHN CORBEN – Clark (Tom Welling) tells Jor-El he’s ready to start his training, but Jor-El sends him back to Metropolis to cut ties with Lois before he can begin. Chloe (Allison Mack) is shocked when Lois (Erica Durance) suddenly reappears after having been missing for weeks, but Lois has no recollection of vanishing into thin air with the Legion ring. While investigating a monorail crash, Lois meets John Corben (guest star Brian Austin Green), a new reporter at The Daily Planet, with a negative attitude toward the Red-Blue Blur. Chloe begs Clark to use the Legion ring to go back in time to save Jimmy, but he refuses, driving a wedge into their friendship. Meanwhile, Oliver (Justin Hartley) continues down a dark road, and Zod (Callum Blue) arrives at the Luthor mansion. Kevin Fair directed the episode written by Brian Peterson & Kelly Souder.

In the first clip we get to see Chloe having a few unpleasant words with Clark about Lois.

In this next clip we get to see Zod’s (Callum Blue) arrival speech, and lets just say that he isn’t too happy.