Stefan and Damon explain the plan to get the moonstone from Katherine and break the curse to Elena, but she’s very hesitant to let them put everyone in danger to save her. A new episode of The Vampire Diaries airs this week on December 3. We’ve already posted promo photos and a trailer for the episode and now we have a sneak peek from The CW below. 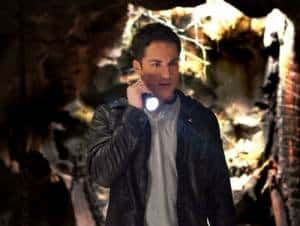 Elena (Nina Dobrev) decides to take matters into her own hands and offers a tempting incentive to Rose (guest star Lauren Cohan) for her help. When things take an unexpected turn, however, Rose calls on Damon (Ian Somerhalder) to deal with the plan Elena has set in motion. Jeremy’s (Steven R. McQueen) reckless attempt to help Bonnie (Katerina Graham) retrieve the moonstone lands him in a life-threatening position and forces Stefan (Paul Wesley) to put himself in danger.