We just posted promo photos for the October 31 episode of Brothers & Sisters and now we have four sneak peeks from ABC below. 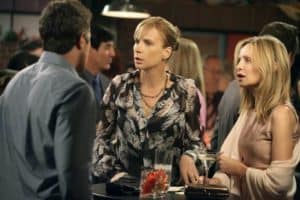 ‘An Ideal Husband’— Everyone in the Walker family is willing to forgive and forget Scotty’s infidelity. But when the family all put their best foot forward to help them reunite, things end up in a fist fight. Meanwhile Jack is reinvigorated by being back in the city and starts to pursue new ventures, but Kitty can’t seem to picture herself in this new life, and Sarah and Luc share some exciting news with the family, on ‘Brothers & Sisters,’SUNDAY, OCTOBER 31 (10:01-11:00 p.m., ET), on the ABC Television Network.