The third season of Castle premieres on Monday, September 20. We previously posted promo photos for this episode and now we have four sneak peeks from ABC to share with you below. 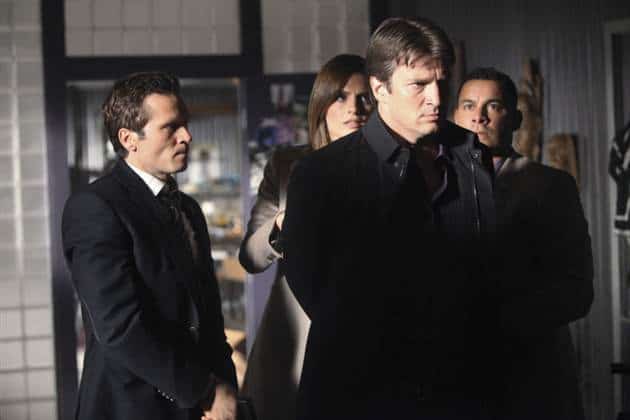 When the new season of ‘Castle’begins, Beckett hasn’t heard from Castle since he left for the Hamptons months ago to finish writing his second Nikki Heat novel, ‘Naked Heat'(on sale September 28). The most Beckett, Ryan and Esposito have seen of Castle is a bookstore standee of him advertising an upcoming book signing. So when Beckett and her team burst into a shadowy apartment on the trail of a murderer, the last thing they expect to see is the real-life Castle standing over a dead woman’s body holding a gun! As Castle protests his innocence, Beckett has no choice but to arrest him on suspicion of murder, on the Season Three premiere of ‘Castle.’