Betty White will be making an appearance on the season 2 premiere of Community, which is set to air on September 23. NBC has released five sneak peeks for the upcoming premiere and you can view them below.

You can also take a look at promo photos we posted for the premiere. 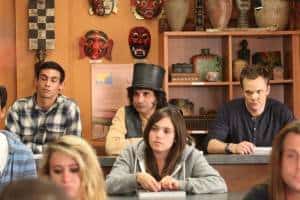 Jeff Winger (Joel McHale), struggles to establish decorum with Britta (Gillian Jacobs) and Annie (Alison Brie) amidst the confusion that ensued at the season finale’s ‘Transfer Dance,’when Britta professed her love for Jeff and Jeff later shared a secret kiss with Annie. Meanwhile, SeÃ±or Chang (Ken Jeong) decides to enroll as a student at Greendale Community College so that he too, can join the study group. Chevy Chase, Donald Glover, Danny Pudi and Yvette Nicole Brown also star. 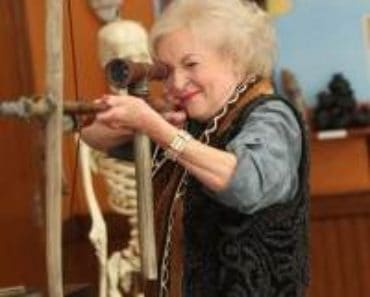