A new episode of Desperate Housewives will be airing tonight. Below are three sneak peeks from ABC. 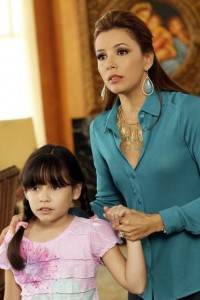 WHILE GABRIELLE DEVISES A PLAN TO KEEP GRACE IN HER LIFE, KEITH PREPARES FOR A SPECIAL DINNER WITH BREE, AND RENEE DISCLOSES A DEEP, DARK SECRET TO SUSAN, ON ABC’S “DESPERATE HOUSEWIVES”

“Pleasant Little Kingdom” – Gabrielle desperately tries to figure out a way to keep Grace in her life; Keith plans a very special dinner with Bree; Tom is angry at Lynette for not disclosing his special attributes to the other ladies; Renee tells Susan a deep, dark secret; and Paul’s plan for Wisteria Lane is revealed, on ABC’s “Desperate Housewives,” SUNDAY, DECEMBER 5 (9:00-10:01 p.m., ET) on the ABC Television Network.