A new episode of Private Practice will be airing this week on November 4 and ABC has released four sneak peeks, which you can view below. 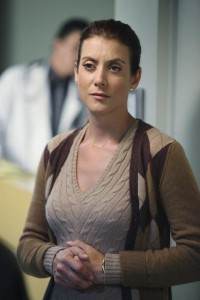 CHARLOTTE IS BRUTALLY ATTACKED, AND ONLY ADDISON KNOWS THE FULL EXTENT OF HER INJURIES, ON ABC’S “PRIVATE PRACTICE”

“Did You Hear What Happened to Charlotte King?” – After Pete discovers Charlotte in the halls of the hospital bloodied and bruised, he and their fellow doctors come to her aid, but only Addison learns the truth from Charlotte that she was sexually assaulted, on “Private Practice,” THURSDAY, NOVEMBER 4 (10:01-11:00 p.m., ET) on the ABC Television Network.