A new episode of Private Practice will be airing on February 18 and ABC has released several sneak peeks and a synopsis, which you can view below. 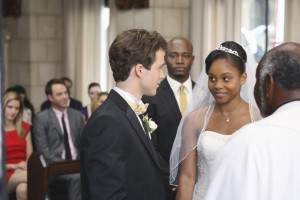 “‘Til Death Do Us Part” – As Violet continues to help Sam with Maya’s wedding, Naomi refuses to take part as she works with Addison and Pete to save the life of a 25-week-old premature baby. Meanwhile, Cooper suspects that Charlotte’s new boyfriend is abusing pills, on “Private Practice,” THURSDAY, FEBRUARY 18 (10:01-11:00 p.m., ET) on the ABC Television Network.