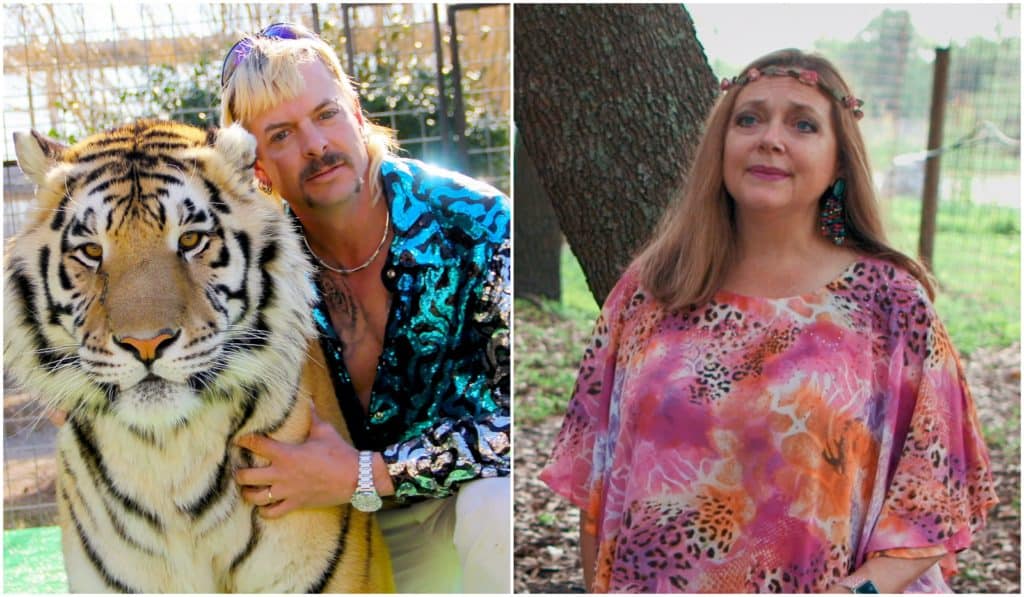 Between the coronavirus and the matter of George Floyd it feels as though the Tiger King issue has been largely forgotten by a lot of people, but obviously Carole Baskin and her husband haven’t given up that fight, as to be certain it’s about the only fight that really appears to matter in their case. Recently in fact it’s come to matter even more since it does sound as though Baskin has managed to take over the zoo of her arch-nemesis, Joe Exotic. While the G.W. Zoo was being kept by Jeff Lowe, who of course had ‘stole’ the zoo from Exotic as the Netflix documentary decided to showcase, it is now passing to Baskin, and it sounds as though Lowe has only so much time to find homes for the big cats and other animals before Baskin takes control of the property. Somehow this matter has only kept getting worse since it was brought to light, though it does sound as though it was messed-up enough to be almost comical in a way once the show aired. Even better is the idea that not a single person from the show really found themselves impressed with what had been shown, apart from Joe, as being the resident glory-hound that he is was simply happy to see himself on TV and to showcase the story the way he wanted it. But the amusing thing about all this is that pretty much everyone else had an issue with the documentary since it placed them in such a negative light. Meredith Woerner of Variety has more to say on the matter.Â

The fact that so many people from the show had an issue is kind of funny to be fair about it, since the rest is just depressing when one has to think about the fact that the animals that have little to no choice but perform for the inane people that are ‘protecting’ them by keeping them in cages. A few people might have a real basis for finding issue with how the show was run, such as Justin Finlay, who had already had his godawful teeth fixed before the show was filmed, and was shown shirtless throughout most of the show for effect. But as for Baskin, Doc Antle, and several others that didn’t care for their representation, there’s a good reason that they might have had an issue. People were being given at least an inkling that something wasn’t right even if the big cat and exotic animal owners, all of them, were being shown in a light that made it clear that they aren’t saints, that they aren’t well-balanced individuals, and that there’s a good reason to think that there’s something shady going on. Dave Itzkoff of The New York Times had more to say about this. Wild animals and people don’t always mix, and the fact that big cats are being kept in this manner to be trained and treated like pets is abhorrent in a very big way. At this point it’s almost a hope that Jeff Lowe would do the right thing (don’t hold your breath) and give the cats under his care to respectable wildlife shelters or zoo’s that could care for them properly and offer them at least some semblance of a happy existence. Releasing the lot of them to the wild would likely be a huge mistake as animals bred and raised in captivity might still possess the instincts of a big cat left in the wild, but they’re typically not as sharpened, which is essentially like placing a city-born teen in the wilds and asking them to survive without any prior training on how to do so.Â

As to Baskin taking over the G.W. Zoo, there’s another problem brewing since Baskin is about as hypocritical as one could be while proclaiming to be a saint that cares for the animals under her ‘care’. Big cats don’t belong in cages, wild animals don’t belong in captivity, and sadly the name Big Cat Rescue is about as misleading as it could possibly be. It’s an opinion for certain and one that not everyone will hold up, but the idea of keeping big cats in cages is abhorrent not only to human sensibilities but to the very nature of the cats that are being ‘helped’ or ‘rescued’. If there was any real justice the cats wouldn’t have been placed in this position in the first place and might have had a more natural existence than being fed met that was about to expire or already had, or having their natural instincts to hunt and survive dulled down throughout the years for the amusement of others. Carole Baskin taking over the G.W. Zoo isn’t justice, and it’s not a win for anyone other than a woman that pretends to be a saint when in truth she’s one of the worst of the bunch.Â