Home
Entertainment
So What is Holly Valance Up to These Days? 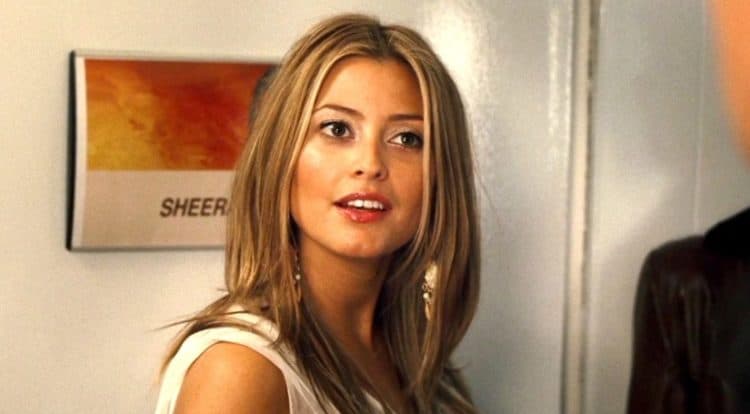 Rianne Addo at Daily Mail gives a pretty good accounting of what’s happened to Holly Valance these days. If you don’t know all that much about her it could be that you didn’t follow her career like a lot of people or just didn’t get in on the 90s since back then she was still very popular. Once she started getting into the family life however things did start to slow down and she simply had to try and figure out how to be a mom like so many other women have done throughout history. Admittedly she had a hard time at first since, let’s be honest, being a new mother is sometimes a very uneasy proposition and kids don’t come with a manual on how to take care of them. After some struggle and a few bits of advice and some help though Holly managed to find a happy medium that allowed her to balance out her life and her career.

She’s been an actress now for quite some time, as the 90s are well and gone but the memories they left behind are still here. Back in the day however she was among the names that you might have heard more than once, especially when she made her way to the US to star in a few different movies and TV shows. One notable appearance that many might have forgotten since, unfortunately, video game movies don’t always get the best reputation, was DOA: Dead or Alive. The movie came out in 2006 and was a loose adaptation of the video game, meaning that a lot of people that watched it possibly thought that it wasn’t all that great and really didn’t hold to the idea of the game all that much. But she did put on a fairly good show as Christie Allen, a very flirtatious individual that is a thief and an expert fighter. To say that she played the role well enough to be noticed is being kind since throughout the movie there was really a lot of cringe-worthy moments that seemed to kind of dump on the performances of the actors involved. It can be a little difficult to bring a movie up from the trenches when it starts and ends there, but she had a decent part that could have been quite interesting had it been anything other than video game movie. In this case I kind of have to agree with PluggedIn when it’s said that it was the women who were really the focus of the movie and not the story itself.

Thankfully Holly’s movie career started there but didn’t end as she’s kept herself in the business and has moved on from that moment. It is kind of interesting to note how any actor can become so insanely popular or even just mildly popular in one decade and then fail to fully transition to the next. But Holly is a lot like many individuals in that she hit it hard for the first leg of her career and then found something else to occupy her time (being a mom is a full-time job after all), only to come back eventually and keep plugging away as she continues to push her work and build her reputation. It’s inspiring in a way to see someone take the kind of road that some would consider to be career suicide, wrongly so as it’s been proven, and then attempt to come back. Having kids isn’t career suicide as it’s been shown throughout the years, and some stars have finally figured out in the last few decades that having kids is a bit scary at times but it does enrich your life in a variety of ways.

It doesn’t seem as though she’s done anything in recent years though her profile does state that she’s still active in the business, so perhaps she’s working on a project as of now or maybe she’s biding her time to make another comeback with something bigger. The great thing is that she’s proven throughout her time in show business that she’s worth paying attention to and that she can turn in a rather good performance. Now it just seems like it would be a matter of finding out where she fits and what part would suit her best. She’s appeared in a few different shows on a few different networks and it does sound as though, per Adam Miller of Express, that she might be headed back to the show that gave her a start, Neighbours. If this is the case then it could be that she’s either going to stick to the show as long as she can or possibly make another comeback on her way back to America for another successful run. Personally it seems like she could do so without much help, but we’ll have to wait and see.