Home
Entertainment
So Who Should Play Penguin in The Batman? Five Candidates 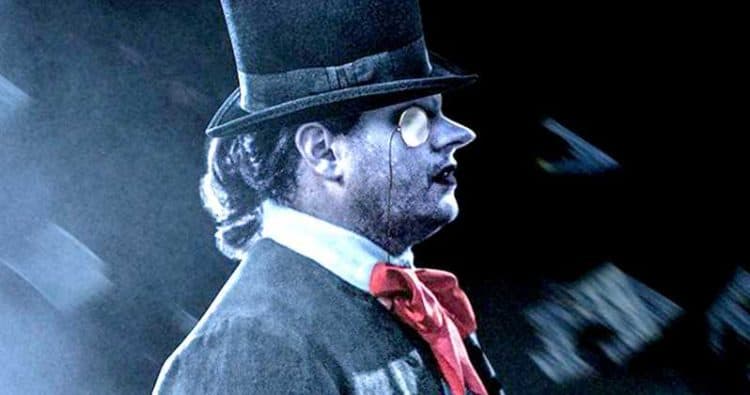 Speaking honestly, the Penguin is a surprising character to see as a big mention when it comes to Batman’s deadliest enemies since he’s not physically imposing, he’s not a super genius, and unlike a good number of the dark knight’s enemies he’s actually pretty sane. But he is dangerous enough since he does come up with a few ideas now and again that are devious in nature and stand to be as destructive as they can be. That being said it’s still a question of who might play this character in the movies since Jonah Hill is now out and the role does need to go to someone that might be able to stand in as the dapper criminal. There are a lot of possible candidates but some of them, like Nick Frost, seem a bit too laughable since a lot of times when one looks at certain actors they can’t help but to be reminded of moments when said actors made them roll with their hilarity.

All in all, here are a few candidates that might work.

He’s been a name that’s actually been mentioned for this movie but thus far no one seems to have pulled the trigger on getting him for an audition. The only reason that he’s number five on this list is that he’s a bit too big and lovable of a person for this role since a lot of times when he’s in a movie he’ll actually play a fairly innocent character. Even watching him in the live action version of Beauty and the Beast it was kind of obvious that he’s not really cut out to be a bad guy. And if you’re going to bring up his time spent on Murder on the Orient Express then you might need to agree that the argument for him being bad is still kind of weak.

It’s easy to think that a lot of people don’t even remember this guy by name since his looks and act are actually a little easier to remember him by. The star of Balls of Fury is someone that seems pretty comical to be honest since he’s been the sidekick and comic relief for a few movies now and has killed it as the nervy kind of friend character that is either really pervy or has no idea what’s going on and is kind of lost in the middle of everything. But his acting has improved quite a great deal over the years and it’s easy to see that he might actually be able to flip the switch and be the bad guy that this movie needs.

I thought about putting him higher but honestly it would seem that he’s right where he needs to be since he’s great, he can flip the switch and be different people, but it would be a wonder if he’d ever get the role. Putting him with a Batman that’s probably more than double his height is something that a lot of people might look askance at, even though Peter is one of the best actors out there. His size is something that too many people don’t seem to want to look beyond and that’s too bad since his acting ability is absolutely on point. It’s true that he was gaining a great deal of prominence in Game of Thrones, but his entire acting career has been something special if you really look at it.

This is another guy that you might want to just laugh at since a lot of his roles have been comedic in nature even if he’s had to go dramatic once or twice in the past. That’s the beauty of Jack’s whole act though, he can be as funny as he wants to be and then go serious and still be someone that you want to watch. It’s enough to think that he might be able to channel his inner Penguin and possibly come up with an act that would be satisfying as well as great since he’s shown in the past that he can get just as serious as anyone and manage to do something other than shout every other line in a funny way.

Elijah Wood when he’s in a good mood and having fun or playing a positive character is pretty good and he’s easy to believe. But when he’s playing someone darker he’s just flat out creepy, like someone you wouldn’t want to come across in a fully lighted alley in broad daylight creepy. His version of the Penguin almost seems like it would be another version of the Gotham character, but so much better and a lot more psychotic. For some reason the character that he played in Sin City comes to mind, only with much more dialogue.

Whoever they pick, it still feels as though the Penguin will be a supporting villain, not the main one.