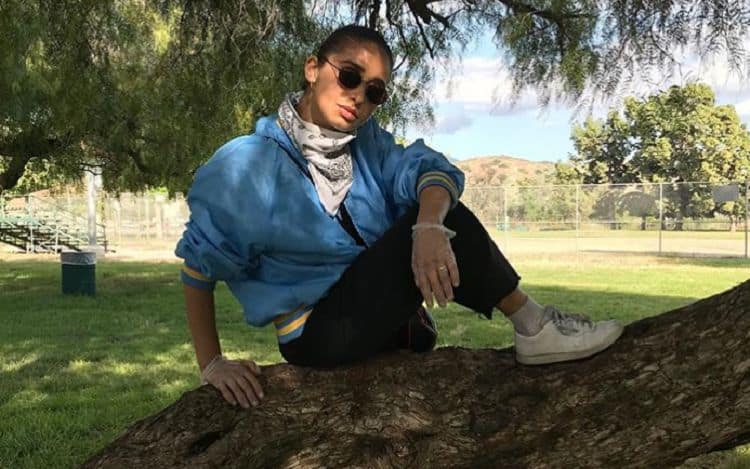 Sofia Hasmik has less than a dozen on screen credits to her name, but it looks like she’s still managed to secure a huge opportunity. Entertainment Weekly has recently reported that Sofia will be joining the cast of the series which is set to premiere in 2021. She will play the recurring character ) is joining the Arrowverse drama in the recurring guest-star role of Chrissy Beppo who is a journalist at the Smallville Gazette. The opportunity marks Sofia’s third TV role, and you know what they say, the third time is a charm. Despite being very early on in her career Sofia is already making major moves and it won’t be long before her name is on the radar in a major way. Keep reading for 10 things you didn’t know about Sofia Hasmik.

1. She Was A Figure Skater

Long before Sofia ever even dreamed of stepping in front of  a camera, she was performing in a completely different way. During an interview with Preston Pollard, she shared that she was a figure skater for several years. She also added that she did some ballet as well.

2. She Didn’t Get Into Acting Until Her Senior Year In High School

Unlike countless other actors, Sofia isn’t someone who was bitten by the acting bug at an early age. She didn’t grow up knowing that she wanted to act. In fact, she didn’t even get into acting until her last year in high school when she participated in a school play. After that experience, she knew that acting was something she loved to do.

3. She Has A Boyfriend

Once Superman and Lois debuts, there’s no doubt that Sofia’s DMs will be flooded with people who are looking for a shot with the rising star, however, she isn’t on the market. She is in a committed relationship with a man named Patrick Kelly who is a musician based in Los Angeles.

4. She Is Of Armenian Descent

Sofia was born and raised in California, but her parents immigrated to the United States. Although her parents were both highly educated and maintained good job in Armenia, they found themselves having to work for low wages in America. Fortunately, they were able to persevere and Sofia’s father started a small trucking company in California.

5. She Plays The Guitar

One of the best things about two creative people dating is that they can understand each other’s need for self expression. Sofia’s preferred method may be acting, but that doesn’t mean she doesn’t have some musical skills, too.  Sofia may not be ready to hit the road and go on tour as a musician, but she’s definitely working on her skills. She plays the guitar and enjoys having jam sessions with her boyfriend.

Regular exercise is one of the most important components to strong mental and physical health. Even though it’s not always easy to find the time to workout, Sofia loves to stay active. In addition to traditional workouts, she also loves to stay in shape by boxing.

Being outdoors isn’t for everyone, but for those who love it – nothing can quite compare to the feeling of exploring and enjoying the beauty of nature. Sofia is one of the people who appreciates the outdoors and she loves to do things like go hiking and hang out at the beach.

8. She Feels Lots Of Pressure To Be Successful

Acting can be an uncertain line of work. No matter how talented a person is, the only thing that the entertainment industry guarantees is that there are no guarantees. On top of that, Sofia has had to deal with the expectations of success that many first generation American have felt. Due to those facts, Sofia feels a lot of pressure to be successful in her career. However, her idea of success isn’t measured by money or material things, she simply hopes to always have the opportunity to act.

9. She Studied Business Economics In College

Despite falling in love with acting in high school, Sofia decided to major in pre business economics when she went off to college. After getting into college, it didn’t take long for her to realize that acting was her true calling and she eventually decided to join the BFA program.

10. She’s A Big Believer In Following Your Purpose

Have you ever been in a situation where there was a disconnect between what people expected for you and what you wanted for yourself? That’s the exact situation Sofia was in when she made the choice pursue acting. While talking to Preston Pollard she said that she truly believes in the importance of following your purpose. Sometimes the decision won’t be easy, but it will always be worth it.