Home
Movies
Could a Solo Yoda Movie Work and If So How? 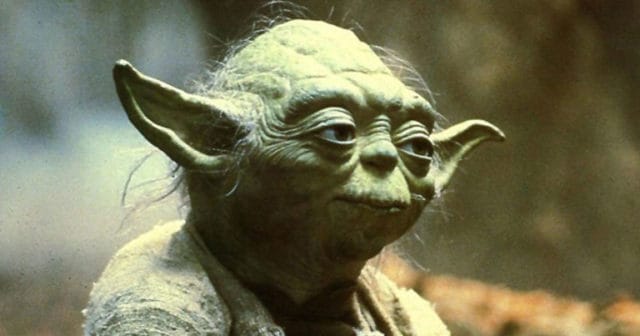 Star Wars is one of the most famous movie franchises of all time. People from all walks of life have been fascinated with this space saga for the past forty years and counting. The iconic story line centers on the premise of good verses evil. As the power shifts from one side to the other through the years, and throughout the films, it turns into a story of ultimate survival. Will good prevail, or will evil win in the end? That is a question that George Lucas, Disney, and the rest of the creative force behind Star Wars have yet to answer.

What we do know is that the Star Wars franchise takes many twists and turns, and chances are all answers will be revealed in the end. We also know that Star Wars is chock full of amazing characters. Perhaps the most beloved fan favorite of them all is Yoda. For those that don’t know him, Yoda is that adorable, powerful, little green guy that talks funny. There is a lot to this character, but one question we’ve been asking ourselves ever since a Han Solo movie went into production is, “will a solo Yoda movie work?” Please keep reading and decide for yourself.

Grand Jedi Master Yoda is the oldest and most powerful of all the Jedi Masters in the Star Wars franchise. He has had a hand in training nearly every Jedi, even the ones like Count Dooku that betrayed him and turned to the dark side. Yet there are very little details about the life and times of Yoda. It is as if George Lucas, the creator of Star Wars, left them out of the story on purpose. For example, Yoda’s race and home planet were never divulged. He also never appeared as a much younger version of himself.

A great deal of questions remain. How did Yoda become a Jedi? Who taught the ultimate teacher how to use the force? How did Yoda rise to power as leader of the Jedi? Yoda lived for 900 years, and we only saw him as an elderly being. What did Yoda look like when he was young? Are there other Yoda type creatures out there in the Star Wars universe? A solo Yoda movie would certainly answer these questions and many more as well. Yoda is such a popular, iconic character that Star Wars fans would absolutely support a full-length feature film that is all about him.

There is plenty of room within the franchise to put him in the spotlight for a few hours of good old-fashioned entertainment. The three trilogies are based around the lives of the Skywalker family, including Luke, Princess Leia, and their biological father Darth Vader. In May of 2018 the producers will be releasing a stand-alone Hans Solo movie, another fan favorite. Do not get me wrong Hans’s fans it is well deserved. Although Hans began with selfish motives, he has dedicated his life to the cause. It will be interesting to see how the other parts of his story unfold.

The character is cool, interesting, and the movie will probably be amazing. That being said, it is time for Yoda to get his just reward. There is so much to learn about him. The story could unfold in so many different interesting ways. Mind you there has been absolutely zero talk about the release of a stand Alone Yoda movie. That is a crying shame. The world deserves it, the fans deserve it, and most importantly Yoda’s story needs to be told. The character lived for 900 years. A lot goes on in that time. There is so much to tell that Yoda’s story could be told in it’s own trilogy. We will just have to wait and see. Hopefully Disney is listening.