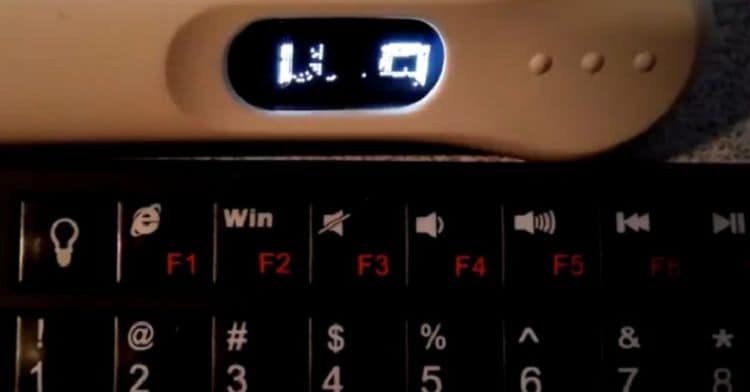 It feels a little too dismissive to say that someone was bored when they did this, but it also feels kind of accurate since how this came to be is bound to have something to do with boredom and a lot of free time. To be clear, just as the originator of this idea made it for everyone else, the shell of the digital tester is being used, not the hardware. Everything that’s seen on the simple display is the Doom hardware, which had to be rendered down to 4 things that could be shown. In other words, it’s Doom simplified as far as it can go, and despite that, it’s still fairly easy to see what’s going on. But it’s also a recorded session, not actual live gameplay. Still, it’s nothing short of impressive that this could happen, though it does make a person wonder just what else could come from this application since perhaps while women are waiting for a result they could start playing a round of Doom, never mind that their hands are basically holding something they just peed on. Some people might think that’s a tad bit gross even if there’s a good way to explain it, but in an era when people are afraid to touch hands because of a virus, anything having to do with bodily fluids and bare hands does sound a bit troubling.

Yesterday I had a lot of retweets and reddit posts and such for playing Doom on a pregnancy test.
But as I explained then, it wasn't really PLAYING on a pregnancy test, it was just a video being played back, not an interactive game.

Well, now it is. It's Pregnancy Test Doom! pic.twitter.com/Nrjyq07EVv

The fact that this is so inventive kind of keeps it from being called a waste of time, but if there was any forward movement on this idea then it would have to be something of a gag gift or perhaps a revolutionary new game device that would be marketed as a technological marvel for being taken down to the bare minimum when it comes to size and hardware. It’s likely that a limited supply would be created and that it would probably be marketed as something quirky and cute to give to a hardcore gamer or someone that just happened to enjoy Doom. It would be kind of a neat little gift, provided that something other than a digital pregnancy tester was used, but perhaps that would add to the charm, so long as it was made clear that the tester hadn’t been used previously and therefore was safe to handle. It might sound juvenile but there are still a lot of people that might cringe at the idea of handling something that’s supposed to be used for such a purpose. Women likely wouldn’t think twice about it, especially since when the time comes and they need to know whether or not they’re pregnant there’s not a lot of thought given to what kind of fluids the device might get on it, so long as the fluids aren’t there to start with.

It’s a bit difficult to think of how hard it might be to play on a console if it was actually made this small since people with bigger fingers would be out of luck unless they could learn how to play with a set of tweezers and had glasses that could allow them to see individual craters on the moon. I joke, but at the same time, the idea of seeing a video game and reacting to it on a screen this small is something that those with exceptional vision can do while the rest of the known world might actually have to buy a magnifying glass just to tell one monochromatic blob from another. This does make a person wonder just what was going through the mind of the individual that came up with this when they were sitting around and possibly trying to think up things to do since it’s an inventive idea, but not even close to being practical since again, the monitor is so tiny that trying to make out what’s happening is almost impossible for most of it, and the gameplay is recorded so it’s kind of pointless to anyone that doesn’t care for Doom and might just see white and black blobs moving about and nothing else. This is definitely one of those times where interests diverge and people might accuse each other of having no vision and no heart for anything or having too much free time and not enough common sense. Whichever side of that particular line a person falls on is entirely up to their own personal decisions, but the reality is that this is pretty innovative even if it doesn’t serve much of a purpose at the moment. Sometimes the amusements that people come up with don’t really need any other purpose save for the ability to keep people entertained for a while.

Just imagine though if this could be programmed to pop up in a different manner to tell a woman she was pregnant. “Suprise, it’s a….”. Oh yeah, that would be funny.