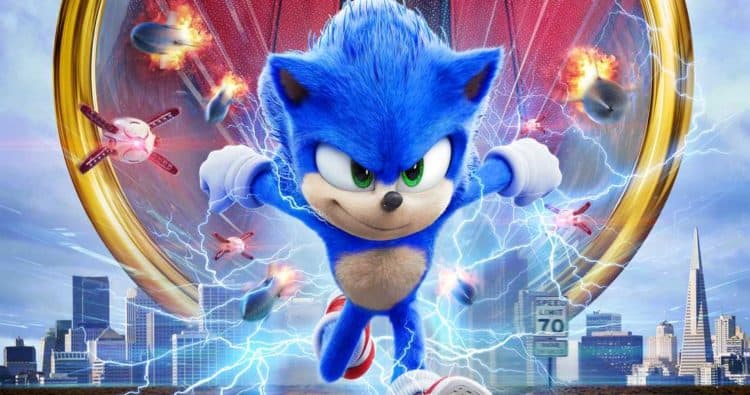 Hopefully fans will be warming up to this version of Sonic the Hedgehog now that the movie has been finished yet again and Sonic back to his old self, minus the abundance of teeth that can be seen and with a definite cartoonish look that so many people were chewing on and on about. Okay, so yes he does look a lot better, there’s no doubt of that and in all honesty it does look like it might be a nice kids movie to go see with the family. It might also be another reason that James Marsden will eventually be passed up and thought of as that guy that seems to enjoy starring in movies with CGI characters since if you’ll recall his time in X-Men and the movie Hop you’ll get the reference. He is a good actor but for some reason starring in movies like this just doesn’t seem to do him that many favors considering that dramas tend to put him in a much better light. But there are a few things to note about the movie that might be kind of interesting.

One is among the most obvious, that Jim Carrey will be given a chance to be the funny guy again, albeit as the bad guy. He’s been a comical bad guy in the past in The Cable Guy, but this time it would seem that he might actually be on point and not be going quite so crazy. Of course I could be wrong, but it does seem as though he might be just a tad more reserved. There are a few other things to note however, such as how Sonic is able to move so quickly that he shorts out the entire power grid in what looks like a large city or possibly the US, it’s hard to tell at the moment. But there’s no denying he moves quickly, though in the game, the original at least, his speed is kind of relative since there’s really nothing to gauge it by, meaning that there was no way to tell that he was fast enough to pitch to himself, hit the ball, jump out of a moving truck, see a roadside attraction, and then get back in the truck before it’s gone that far. But it is a cool effect and it does make the argument that yes, he is that fast. The Sonic games have kind of devolved over the years depending on your point of view since the first was a breakthrough and was a lot of fun considering that it was brand new and nothing like it had ever come around. As the games kept coming however it did seem as though too much was added and not enough substance was put in to really keep it balanced. But that’s one opinion.

Another interesting thing to note are the use of the rings that Sonic collects since in the movie they look to be teleportation devices that allow him to travel between worlds as he sees fit, which is kind of interesting really and does make a lot more sense as to why Robotnik would be after him in such a big way. That kind of power seems like it would be extremely useful and very tempting to a lot of people. One does have to wonder if the chaos gems are going to be making an appearance in this movie, or if any other character besides Sonic will be shown eventually since there are other characters that people might like to see, but a fox with two tails that can fly might be pushing it. Also it would appear that Sonic is just insanely tough when he’s rolling since taking out an armored vehicle is no small feat in the real world, and to think that he’s this tough when he’s rolled up into a ball and generating that kind of power is just another reason why he’d be so valuable to the wrong people. One issue with the movie however might come in the form of Dr. Robotnik since the character, as many might remember from the game, was a very heavy person with a bald head and a big, bushy mustache. It could be that Jim Carrey didn’t want to wear a fat suit or that the director didn’t want to take the risk of staying that accurate and alienating people, as it could very well happen in this day and age, or it could be that they simply wanted to do something slightly different. In any case the changes have been made and Sonic looks a lot more like himself than he did to begin with, so hopefully fans can get behind this movie and be happy.

In all honesty it looks like a lot of fun, but not quite a blockbuster.