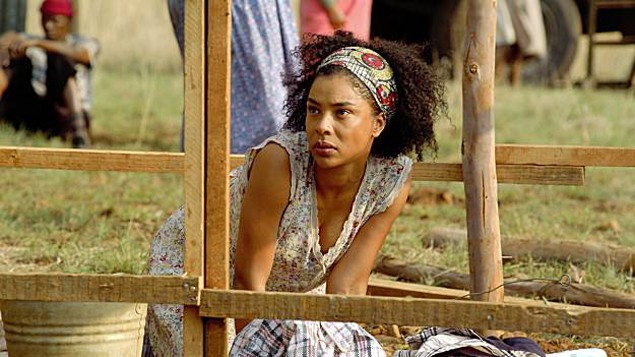 Over the course of the last three decades, award-winning actress Sophie Okonedo has established herself as one of Britain’s most reliable actresses. Her career, which has included everything from the thought-provoking, heavyweight drama of Hotel Rwanda to the lightweight frivolity of Hellboy, reached new heights this year with her casting in Flack, the new must-view TV show from Showtime. Read on to find out more about the life and career of the celebrated actress.

Okonedo’s list of awards is as enviable as it is numerous. In addition to her nominations for Academy Awards, BAFTA’s, British Independent Film Awards, Golden Globes, and Screen Actors Guild Awards, she holds a Tony for A Raisin in the Sun, a London Evening Standard Theatre Award for Antony and Cleopatra, a NAACP Image Award for Tsunami: the Aftermath, a Hollywood Film Festival Award for The Secret Life of Bees, and a Black Reel Award for Hotel Rwanda.

2. She’s all about the story

When it comes to deciding what parts to take, there’s one thing that Okonedo judges to be key: the story. “ Story, story, story,” she shared with Collider. “Although, sometimes you might see something more experimental and the story is not quite there yet, but the people around you are really interested to work with. I come from the theater, so it’s about the story and the script, but sometimes the script isn’t all the way there yet, so you have to look around the project to see how to approach it.”

3. Hotel Rwanda was her breakthrough

Along with her rollcall of award successes, Okonedo has managed to achieve what most British born stars can only dream of: an honor from the Queen. In 2010, she was appointed Officer of the Order of the British Empire (OBE), a worthy enough distinction, but one that was later eclipsed when she was appointed Commander of the Order of the British Empire (CBE) in the 2019 New Year Honours for services to drama.

5. She has one daughter

Although Okonedo is relatively private about her personal life, it’s known she has one biological child, a daughter named Aoife, from a past relationship with the Irish film editor Eoin Martin. She also has two stepchildren from her 2nd marriage.

6. Harvey Weinstein blocked her from B. Monkey

In 2017, director Michael Caton-Jones revealed he’d chosen Okonedo to lead the 1998 film B. Monkey, but his decision was blocked by Harvey Weinstein. Caton-Jones, who was later forced to leave the project by Weinstein, claimed the maligned producer had argued against Okonedo’s casting as she didn’t satisfy his sexual tastes. “That was what the deal was all the time,” the director told Vulture. “I said, ‘She is the best actress for the job, Harvey.’ And we started arguing about it. It was only when I said to Harvey, ‘Don’t screw up the casting of this film because you want to get laid,’ whereupon he went mental.” The role eventually went to Asia Argento, an actress who would later join the scores of women to accuse Weinstein of rape.

7. She keeps her politics to herself

While some actors see their fame as the perfect platform to promote their views on everything from third world debt to taxes, Okonedo is an exception. While she admits to being politically engaged, she prefers to keep her opinions to herself. “Of course, I’m political,” she told the Guardian in 2009. “I’m a black woman living in London, but I’m not going to go into what I think. There’s nothing worse than actors spouting about what they think.”

8. She thinks class diversity is a tricky subject

The UK may have left a lot of its traditions behind, but few can dispute there’s still a few remnants of the old class divide still lingering. Okonedo, a working-class Londoner from a single-parent family, is no stranger to the topic, and thinks it’s still an awkward subject in the entertainment world. “I welcome all the conversations we are having about diversity, about women and about class,” she told the Evening Standard. “I come from a very working-class background and I think the class thing is still probably more tricky.”

It may have taken Okonedo more than a decade to hit the big time, but she’s more than made up for it since. While Hotel Rwanda may have been the making of the star, her subsequent successes across both stage and screen have seen her wealth grow by an astronomical level. Today, Married Biography estimates the actress to be worth in the region of $5 million

In 2018, Okonedo was cast in the hit Showtime limited series, Flack. The actress has clearly relished the experience of playing the offbeat character, telling Collider, “It was just really fun. I think great television is always when you have characters where you don’t necessarily agree with what they’re doing, but you’re fascinated and you love it, at the same time”.