Home
Review
‘Sorry to Bother You,’ But This Is One of the Best Movies of the Year 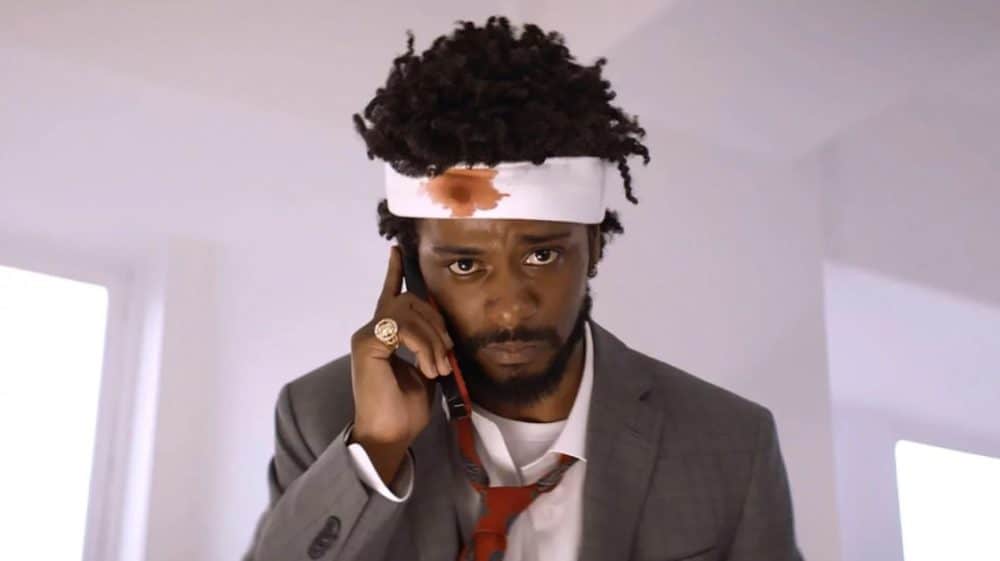 There really aren’t words to describe the experience of watching Sorry to Bother You, the pseudo-dystopian comedy made by first-time writer-director Boots Riley that ostensibly chronicles a down-on-his luck, Black telemarketer who discovers that he can sell a lot more merchandise if he adopts a stereotypically White voice when talking to clients over the phone.Â  It’s like stumbling into Eugene Ionesco play with no idea what you’re in for.Â  You just have to strap yourself in and ride it out as best you can.

I’ve heard Sorry to Bother You described as a movie that feels as if it should never have been made in the first place: as if the cast and screw snuck into a Hollywood set after hours and shot the entire movie on the down-low and, knowing that none of them would ever work in that town again, crammed in every last thing that they had to say about the world around them and those that live it in. Â It’s a fiercely original and utterly bizarre production wrapped up in the superficial trappings of an ineffectual mainstream comedy. 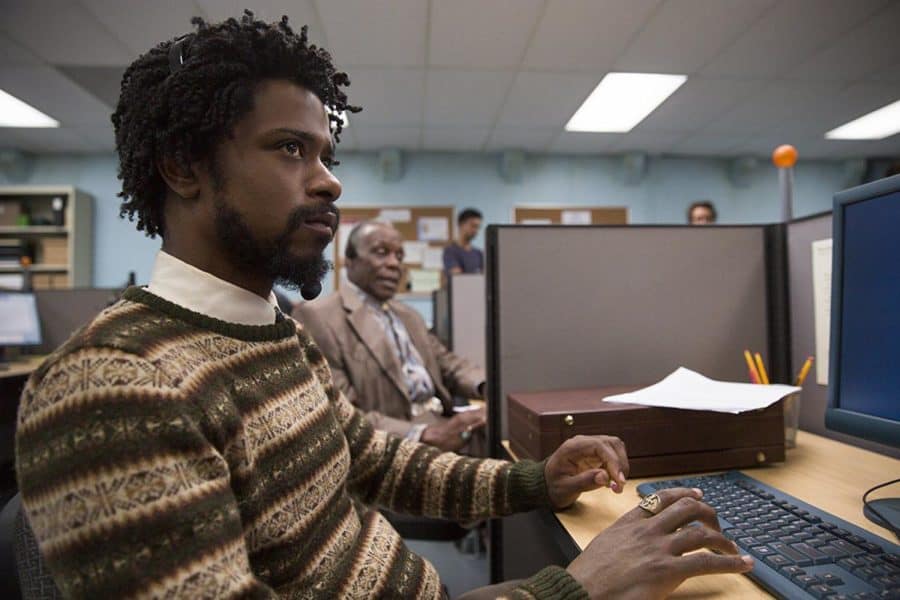 What starts out as a passingly familiar comedy setup — like something caught between Don’t Be a Menace to South Central While Drinking Your Juice in the Hood (1996) and Being John Malkovich (1999) — quickly spirals out into a series of increasingly outlandish gags, scenarios and set pieces before unveiling itself a modern day adherent to the Theatre of the Absurd.Â  I’ve seen a lot of people struggling to describe it in the context of movies like Meet the Hollowheads (1995), Friday (1995), Brain Candy (1996), Bamboozled (2000) and Idiocracy (2006) when the most fitting comparison is actually the aforementioned plays of Eugene Ionesco: namely his absurdist masterpiece Rhinoceros.

I won’t give away even so much as the premise of that play, though, because it would betray the major third act reveal of Sorry to Bother You: an absurd and decidedly off-kilter revelation born of the more mainstream magical realism from the film’s first acts stretched to their inevitable conclusion.Â  It is jaw-dropping stuff to see blown up onto the big screen and if you know nothing else than what the trailers have been selling you (which is really only about a third of what the movie’s even about), take it from me: stop reading this review and put digital blinders on until you go out and see this movie.Â  It’s as shocking and earned and perfect as the mid-point twist from Hereditary (2018) where, SPOILER ALERT, Charlie (the little girl that everything from the bog standard conventions of the horror genre to the movie’s own marketing had conditioned us to believe was the main character, or at least antagonist, of the film) dies suddenly and unexpectedly, leaving us as audience members to pick up the shattered expectations we had for the movie and try to reconstruct some kind of narrative meaning for the remaining hour that the movie goes on for.

But, like I said, this movie is about as many things as Boots Riley was able to fit into its lean 105-minute runtime, and that final third is simply one of the things that it’s about.Â  The rest is an incendiary send-up ethnic code-switching, workers’ rights, wage slavery, late-stage capitalism, corporate appropriation, ineffectual government oversight of big business, mass media, social media, post-modern art and everything in-between, all Frankensteined together into this beautiful, fascinating homunculus of a movie.

Suffice it to say that this not-quite mainstream, not-quite avant-garde comedy is and will continue to be one of the best movies of the year.Â  Like Ari Aster’s Hereditary, it heralds the emergence of a powerful new talent in the form of Boots Riley, whose throw-back aesthetics, timely subjects and bizarre sensibilities make him unlike any other filmmaker working today (no matter how desperately we may strain to find some approximation to his contemporaries).Â  The film is just as incendiary, original and astonishing as other WTF send-ups like Mother! (2017), Enemy (2014) and Funny Games (1997), and as such should not be missed in theaters so long as you can help it.