Home
Entertainment
It’s Time for A Change: Soul Calibur Needs To Be on The Screen 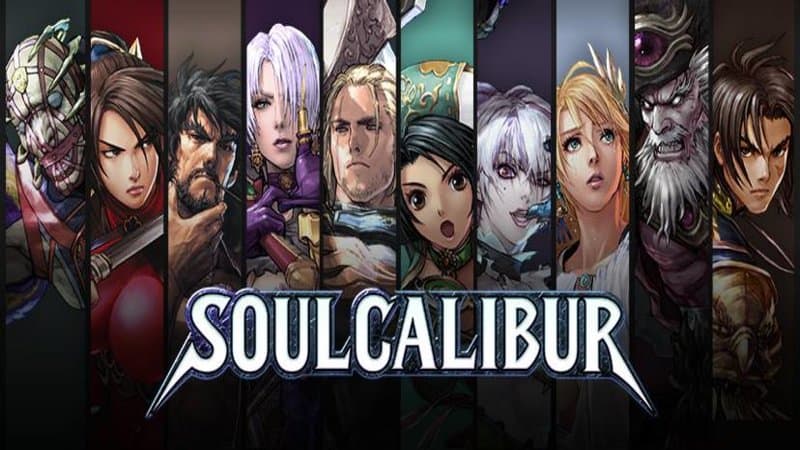 Are you listening Hollywood? You’ve got the material at your fingers, within your reach, and still you’re ignoring a great many stories that might be told in a wonderful and even epic manner. Video game stories such as SoulCalibur might not be considered as the most refined of tales, but given the right spin and enough attention this epic quest could be something that might capture the attention and bring to mind the struggle of the many skilled and tortured warriors that have been called to search for the sword that is at the epicenter of this long-running game. With so many rich and detailed characters this could easily be a trilogy, or a TV series. All it would take is the right cast, the right story, and the kind of attention that’s been given to many lackluster subjects that are laughably being passed off as ‘new’ and ‘innovative’. Be it an animated series or a movie, this idea would no doubt manage to take hold with an already dedicated fan base. The plot is already built into the game and would only need to be tweaked a bit in order to make it work so as to bring the many warriors that have been present within the scope of the game into being.

The quest to retrieve the blade is one that, much like games such as Mortal Kombat, has many endings. But much like MK, there are many stories that intertwine to bring to fruition a complete story that is able to move forward of its own accord and become and epic tale that is nothing short of inspiring. In fact, the right cast would make this idea push forward in a big way. The story would need to begin following the events of Soul Blade, a game in which the plot was much the same, but the end result was a catastrophe that gripped the world and gave birth a creature that sought to murder the world, and a madness that ended up gripping many throughout several affected regions.

Here’s our vision for a cast:

A student and one of the many affected by what is called the Dark Seed, Kilik was cured of his affliction, but not before having killed those closest to him. His quest to find the sword is one of atonement as he seeks to move past the wrongs of his past.

A friend of Kilik, Xianghua is seen as one of the main characters of this game and also eventually comes to wield the blade that is the antithesis of the evil sword that so many fighters have been seeking.

A carefree and fun-loving pirate, Maxi is a friend to Kilik and Xianghua, but he is quite reckless and a little bit arrogant as well. He has no real interest in the sword of legend, as he seeks revenge upon Astaroth following the murder of his crew.

The cursed child of Cervantes de Leon, the dreaded pirate and main antagonist of the first game, Ivy sets out on her own quest to rid herself of the evil taint within her blood, armed with her whip sword and a thirst for revenge.

Taki is a demon hunter and has been on the trail of the evil sword Soul Edge for quite some time. Even after defeating Cervantes the first time around she senses that the evil is still not vanquished, and continues the hunt.

Charged by Hephaestus, Sophitia went on a quest in the first game to find and destroy the evil sword, and she was successful in part. In this quest however she seeks to finish the job as she can feel the evil that still exists due to its continued presence.

The azure knight, the demon that was born in the wake of Inferno’s defeat in the first game, is an unholy plague upon mankind that feeds on souls and seeks to find the lost shards of Soul Edge that were lost when its twin blade was sundered by Sophitia.

It may or may not be noted that Siegfried was a troubled youth in the first story, but did manage to escape from the demonic clutches of the sword eventually. From that point on though he vowed to destroy the evil sword once and for all.

Normally content to guard his master’s hidden Money Pit from thieves, Voldo went on a search to find the evil sword and return it to his master’s abode, serving his master no matter that he’d passed on some time before.

Astaroth is just one of many similar creatures that was spawned by a cult that seeks to claim Soul Edge for their own. After running afoul of Maxi and several other warriors the creature has been on a continual quest to find the blade.

A mercenary that seeks to find the power to overcome the black powder weapons that came to his country and changed warfare in a very disruptive way, Mitsurugi is determined to find the legendary blade.

Rock’s motive is pretty simple, he’s after Cervantes since the pirate sunk the ship that was carrying his family, leaving him adrift and alone once the ship was torched and his parents were killed.

Hwang might not have returned to his quest for the blade if not for Seong Mina, the daughter of his master that went off searching for the blade as well, against her father’s orders. He is tasked to bring her back without fail.

Though not the main antagonist in this story, Cervantes is still risen from the dead and seeks to reclaim Soul Edge once again, so that he might once more terrorize the high seas.

Headstrong, willful to a fault, and yet skilled and quite dangerous in her own right, Mina is a trained fighter that seeks the blade in order to prove to her father that she is more capable than he thinks.

Seriously, this is a story that’s been sitting there waiting to be made. All it would take is the right writer.