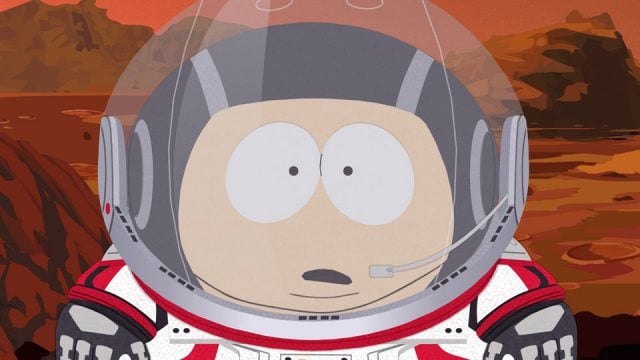 AsÂ South Park continues to move forward in it’s 20th season, the pieces to the season’s puzzle are finally falling into place. This season began with a lot of similar plot lines that revolved around closely related topics, but it wasn’t totally clear how things would all pan out. Yet, things are finally moving along and it seems likeÂ South Park is prepared to expose how almost every character has been a jerk at one point or another. The season’s look at internet culture and the idea of trolling has been very nicely executed, but the endgame is still sort of up for questioning.

Last night’s episode sort of set a fire to things and got the plot moving at full speed. The trolls are under the impression that they have won against the Danish people and want to celebrate their win as a group. They go to Gerald’s house because it was under his leadership that they were able to come together and get the job done. This is where the difference between Gerald and everyone else finally comes to light in the actual show. These trolls are people who were bullied endlessly growing up because of physical characteristics out of their control, so to them, trolling hides what they have been told are physical flaws and traits to be ashamed of and sort of equalizes the playing field. The internet allows them to get back at the people who tortured them growing up, it allows these people to finally feel equal or in power. Yet, for Gerald, trolling is his way of blowing off steam; he finds it funny and really only does this to push people for a reaction. Gerald was the bully growing up and was one of the few to continue his bullying on the internet because he really just is a jerk. It’s almost sad because the trolls finally seemed to feel accepted and like they had real life friends, but Gerald pretty much crushes that instantly. They are all concerned about protecting their identities but for Gerald, it’s because he would be exposed to his community for what he truly is whereas the other trolls would be hunted down by people who don’t know them personally.

Yet, as Trolltrace gains traction and does a beta test exposure in Fort Collins, it just proves that no matter who you are, you’re probably going to have done at least one thing anonymously on the internet to make you look like a jerk. “Fort Collins,” begins to put into perspective the true colors of mostÂ South ParkÂ characters; Gerald doesn’t actually hate the people he tortures, but people will only see him as the troll Skankhunt. Cartman is one of the most evil people ever, yet, his disconnect from a majority of material possessions this season seems to have him legitimately becoming a better person; however, if Heidi were to see anything that he’s said or done in the past to cause harm, his relationship will be destroyed. The point thatÂ South Park is beginning to make is that everyone has dirty laundry, whether they remember or not. TrollTrace clearly represents both organizations such as the NSA as well as WikiLeaks because neither is overly beneficial and, no matter what, someone will always be digitally spying.

The season has had a lot to say about this but seems to be moving towards the idea that nobody can hide their baggage anymore, no matter the scale of it. As seen, the show is also focusing heavily on the current U.S. Presidential Election, and while there has been a heavy focus on Garrison as the Trump figure and the show has kept it’s statements relatively neutral, there hasn’t been as much inclusion of Hillary Clinton, until now. In the show’s closing moments, Hillary’s staff seem to be equally as concerned as the public that her internet history can be so easily tracked, exposing everything negative or shady that she’s done over the years.Â South Park always tries to call out general problems as a whole, and it seems like they are setting up an interesting look at judging people at first sight as opposed to discovering what they truly are like behind closed doors. The internet really allows everyone to be their true self hidden away from the public to be judged for their beliefs, andÂ South Park is showing that it doesn’t matter who you are, nobody is perfect.

South Park has always been great at communicating it’s statements well across a full season of episodes, and their 20th installment is already delivering on that. With more and more separate stories finally crossing paths, it’s going to be interesting to learn what point they are trying to make in the end. With the member berries specifically sacrificing one of their own to ensure Caitlyn Jenner ate one is an interesting turn because it seems like they want her to ‘member. Maybe they want the character to member being Bruce, or point out that, again, everyone has their past and should own it. That’s what is most interesting about thisÂ South ParkÂ season; will Stone and Parker decide that people of the world should be more cautious about their actions and words because technology is proving more and more that we can’t hide behind the internet anymore? Or will they spin the season into a more, “you can’t judge a book by it’s cover,” theme in that we can’t solely judge people off of their past? Either way, everyone should buckle up, Buckaroos, because things are only getting started and “Fort Collins,” was the tip of the iceberg.