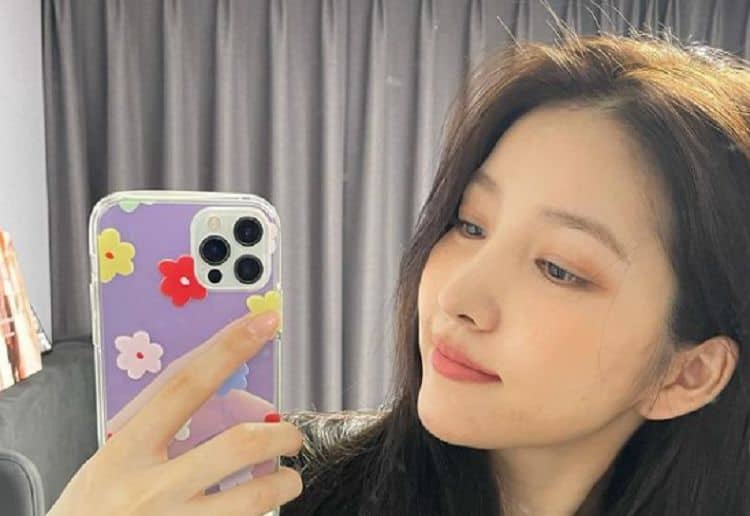 Sowon rose to fame in 2015 as a member of the Korean girl group GFRIEND. It didn’t take long for the group to become one of the hottest up-and-coming acts in the country, and their popularity eventually expanded to other areas of the world. As with most groups, however, there was always one member who appeared to have a little more star power than the others, and in GFRIEND, that person was Sowon. Now, there is a chance that she could get to embark on a solo career. Sources have reported that Sowon is in talks of signing an individual deal with IOK company, and lots of her fans are hoping that the news is true. Keep reading to learn 10 things you didn’t know about Sowon.

There are lots of people in the world who love slow songs, but Sowon isn’t one of them. She is a very high-energy person, so it’s only fitting that she also loves music that is very high-energy. Needless to say, if she starts doing her own thing, listeners can expect her to put out lots of uptempo songs.

2. Her Father Passed Away

Even though Sowon has had a lot of great things happen for her over the years, she has also suffered some devastating losses. In 2018, her father passed away after suffering from a chronic illness. Although the family chose to deal with the loss in private, countless fans showed their love and support for Sowon during the difficult time.

3. She Likes To Stay Active

Sowon is all about looking and feeling her best, and exercise is something that helps her do that. She likes to stay as active as she can by doing things like yoga. Staying in shape is also very important for Sowon as a performer. Putting on shows requires a lot more energy than people tend to think.

Sowon has lots of love and appreciation for nature, but that doesn’t mean she wants to spend extended periods of time outdoors. According to KProfiles, Sowon doesn’t like bugs at all. No matter how hard a person tries, it’s impossible to be outside and completely avoid bugs – especially the ones that bite.

Being a performer isn’t the only creative talent Sowon has. Apparently, she also likes to paint and she’s pretty good at it. In March of 2021, Sowon shared a photo of a painting she did and lots of her fans were blown away by her skills. Hopefully, she will continue to do more paintings in the future.

6. She Likes To Take The Lead

Being the leader of a successful group comes with a lot of pressure, but it was never something that Sowon minded. According to GFRIEND United, Sowon said, “I think we must be born with a leader-like character. I’m the type that likes to take the lead. I feel stuffy when I’m in a situation that doesn’t really go the way I wanted it to.”

7. She Has No Interest In Modeling

Some people may be under the impression that Sowon wants to get into modeling but that isn’t the case at all. She told GFRIEND United, “I have nothing to do with modeling. I applied as a trainee. I was once scolded because I looked awkward when I was trying to take my profile picture. Our company teaches us singing and dancing, but they don’t teach us poses and facial expressions. We don’t have a chance to learn those things though it’s needed in situations like this, so if I choose modeling as my major, I think it would help me a lot as a singer.”

Sowon’s fan base now includes millions of people all over the world, but she hasn’t seemed to let any of the fame and attention go to her head. She has managed to avoid the trap of oversharing that typically comes with a career in the spotlight, and she seems to prefer keeping the focus on her work and keeping her personal life to herself.

9. Nana Is Her Cousin

Sowon isn’t the only person in her family who is a big KPOP star. Her cousin, Nana, is a member of the Korean girl group, Afterschool. Both Afterschool and GFRIEND have both had a huge impact on the Korean music industry. Even though some would assume the two would be rivals, they seem to have a good relationship.

Being able to speak more than one language is one of those things that comes in handy no matter what you do in life. But when you work in an international industry like entertainment, it’s even more useful. Sowon is fluent in Korean and Japanese. It’s unclear whether or not she speaks English.