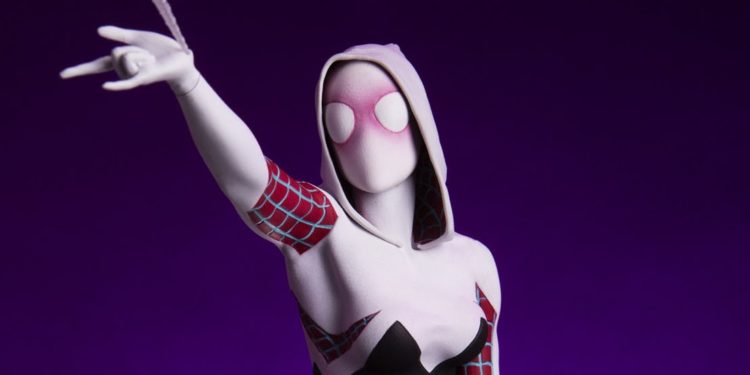 Just so we’re clear, Spider-Gwen is not exactly the same Gwen Stacy that a lot of us comic book nerds grew up with back in the day. She’s still Gwen Stacy of course, but from a different universe and with a skill set that’s the same but still kind of different from Peter Parker’s in that she’s not the same kind of fighter that he is or the same kind of person really. Spider-Gwen is what might have happened if Gwen Stacy had been bitten by a spider rather than Peter. The outcome is still kind of the same but in her reality she’s a very different person that Peter, which is pretty similar in the universe we’ve read about, but the emergence of her hero form is something that people have been buzzing about since she got her own series. To be honest, it’s a way to placate the fans that were so broken up about Gwen’s death in the original Spider-Man series by giving them something better than what they wanted.

Here are a few things that most people who aren’t fans don’t know about her.

10. Peter Parker was her first villain.

Keep in mind she’s from an alternate universe. In this version of earth Peter Parker decided to take the serum that was made by Kurt Connors and ended up becoming the Lizard by accident. He and Gwen would go a few rounds now and again but eventually she pushed him too hard and his body simply couldn’t hold out.

9. She can travel between dimensions.

This is due to a special watch that allows her to open portals between one world and another as she jumps through without much effort. She had it stolen once and had to team up with Spider-Woman and Silk to get it back. At one point she met Miles Morales, the new Spider-Man.

This actually happened when Miles and Gwen were visiting another version of earth and found that that earth’s Gwen and Peter had gotten married and had children that had similar powers to their own. Miles and Gwen actually flirted with the idea for a while but nothing ever came of it, so far at least.

7. She was bitten by an alien spider.

Cindy Moon, who has also been seen as a hero and a villain, was the one to set the alien spider on Gwen. This in turn gave her the powers she used, but it also gave Cindy access to a serum that was created to strip Gwen of her powers as well.

In her world a lot of the heroes and villains that we know and have grown with have either reversed their roles or have gone different directions entirely. This is what happens when comics begin to go stale and people demand more, writers get more artistic license to go out of the box and possibly out of the room that the box is in. Of course no one’s really been complaining that much.

Gwen went a different direction than Peter did, eschewing the intelligent and scientific nature for one that was more artistic and allowed her to be seen as more socially acceptable. Funny enough the name of the band is The Mary Janes thanks to the lead singer.

4. Another superhero made her web shooters.

Janet Van Dyne, also known as the Wasp, is the one that made Gwen’s web-shooters, and they’re a very different design that doesn’t depend on fluid to work. Instead they use the moisture in the air to create webs, so anywhere she goes that’s humid she’ll never run out of webbing.

3. She gets her skills from the movies.

Gwen is not a classically-trained fighter or even a natural when it comes to throwing down with anyone. Every move she has in her arsenal was learned from the movies, which is another way to say that she can’t even throw a proper punch. While she can replicate some moves fairly well she’s still easy enough for a skilled opponent to outclass.

The symbiote was created with the lizard serum and as series of isotopes that she used to give herself temporary powers. This made her into Gwenom, and though she was supposed to give the symbiote to the Kingpin she double-crossed him and had to try to control the symbiote.

She was the third best-selling comic on the stands at one point, comic shops couldn’t keep the series on the rack since people were buying it up so quickly. It’s fair to say that Spider-Gwen was popular before even making it to the stands as some fans might have seen this as correcting a serious wrong.

Whether you know about her, like her, or don’t care, Spider-Gwen is definitely a unique hero.