Home
Comics
Spider-Man vs. Black Panther. Who Would Win? 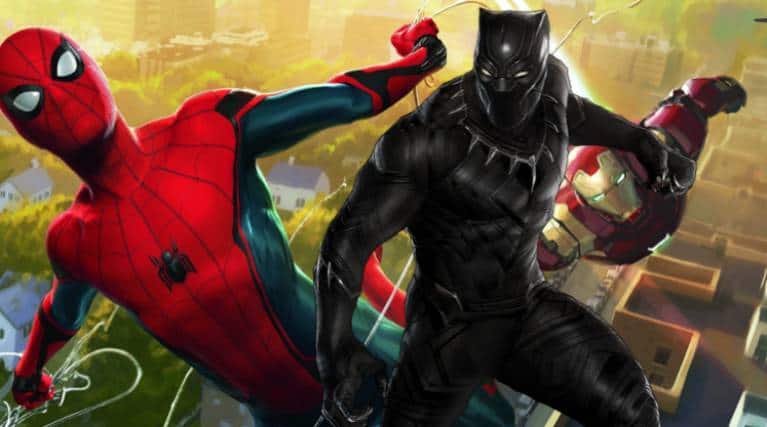 So let’s say this first and foremost, the heroes of the MCU SHOULDN’T be fighting since they’re all on the same side, but as we’ve already seen it happens from time to time when ideological lines get crossed and things go awry. That being said, it’s fun to know just who can, theoretically, take who out if it was to come down to a one on one scenario. Obviously we’ve already seen some situations where it’s pretty obvious who would take who out, and Black Panther showed that he can take out a few of the Avengers while Spider-Man is still kind of inexperienced when it comes to taking on opponents that are a bit older and more experienced. But hey, watching him catch Bucky’s fist in one hand and then stop to admire it was pretty cool, not to mention funny.

But who would win if Peter and T’Challa had to duke it out?

This is where the fans tend to divide very quickly in their opinions since some would openly state T’Challa would win this hands down since not only does he have a suit made of vibranium, but his experience in battle is much greater than Peter’s and he’s just as smart as Parker. But if you were ready to hand the win to Black Panther that easily then you forgot that Peter Parker is more than just a super-powered teenager. Spider-Man is immensely strong as it’s been seen already, and being that he IS a teenager it would stand to reason that he’s only going to get stronger and wiser as he grows and his powers are going to become more impressive as he keeps pushing his limits. So in the MCU it does seem as though T’Challa has a definite edge with his experience since he knows how and where to hit to incapacitate Parker, but then again, there is that pesky Spider-sense that Peter does have that alerts him to trouble coming his way the moment before it happens. What this means is that T’Challa would have to find a way to simply overwhelm Parker’s ability to move, dodge, evade, and perhaps even distract him in order to counter that sense so that he could land a few decisive hits. That doesn’t seem too hard for Black Panther to do since he is a skilled fighter and knows how to direct a battle.

For as skilled as he is though fans seem to think that this would be an uphill battle for T’Challa, and there’s a reason why. Spider-man is insanely strong compared to T’Challa, who despite being made stronger and faster by the sacred herb is still not quite in Spider-man’s class. Plus, Peter is a great deal quicker and far more agile, meaning he could take the fight to new heights, literally, and control the battlefield if he needed to. While some might state that the MCU Peter Park relies too much on gadgets and his suit one has to remember that for all his skill, T’Challa does the same since his vibranium suit would be the one thing that would save him from Spider-man’s insanely strong punches. Spidey has been seen in the comics to stagger Thanos with a punch, and knock some villains out with a flick of his fingers. Powerful as he is, T’Challa just can’t accomplish this. But in the MCU, the experience would be key since as we saw Cap incapacitated Spider-man once he started taking the fight seriously. But let’s put them on even ground just for a moment.

The fighting experience, the strength, intelligence, and agility would all favor Spider-man as despite being just as intelligent, T’Challa simply can’t match Peter in many other areas. It would come down to who could last the longest and who could take the most hits, and right now it favors Spider-Man if we take and give him the training he received to make him a more balanced fighter. While T’Challa’s suit and fighting style would avail him for a while it would still come down to stamina, and it would seem that Peter would be able to outlast the king in a straight-up fight. Plus, the ability of Spider-man to keep his distance and wear T’Challa out would be too great to ignore. There are a lot of other factors to take and plug into this fight since most of us know that T’Challa wouldn’t just bull rush Spider-man with every attack, but in a toe to toe fight, gadgets and skills and all, it does seem as though Spider-man takes this one. In the MCU however, if it was the current Peter Park taking on T’Challa, it does seem like it wouldn’t be fair since T’Challa would wipe the floor with him in terms of overall fighting ability.