Home
Entertainment
Spike Lee is Directing a Musical About Viagra 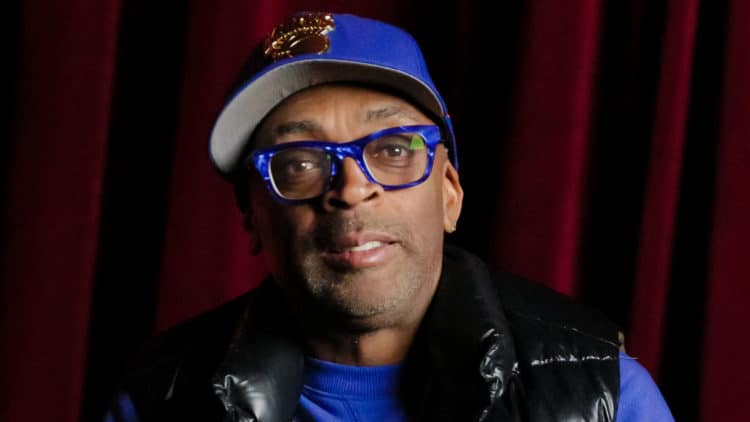 How many people remember that Viagra was initially intended to help with heart-related chest pain? It’s likely that not many do since it’s been attributed with its effect on erectile dysfunction for so long that people have probably forgotten that the little blue pill was at one time known for a very different reason. But now that Spike Lee is taking on a musical that will feature the blue pill as its subject, one can’t help but wonder…why. Is it the Oscar win he was given for BlackKklansman? Did he get a bigger head off of his success with Da 5 Bloods? Some would claim that it’s just Spike being a genius like always, and they’re entitled to their opinion, but it’s a different direction at least that will make some wonder what he’s doing and others possibly ready to embrace this new project since they’re all about anything Spike does. The content is going to be intriguing to a lot of people but the whole idea that this is centered around Viagra and will even be a musical about it kind of makes this movie feel like a dysfunctional adult Disney production. One could easily say that Spike hasn’t really fallen under the fabled Oscar curse at this time since he’s been successful so far following his win, but a musical about Viagra sounds like something that could be well-intentioned and meant to be a big deal, but could also flop heavily without much effort.

It might sound odd to hear but this almost sounds like an ego trip that Spike is headed down and the basis for this is that since he’s been doing what he feels is right and what he wants to do for so long, the Oscar win might have emboldened him just a bit to go ahead with this project that he’s been writing so as to show people that he can do pretty much anything and make it great. Of course, barring critics and awards and even the fans that want to extoll his virtues and state that he’s right with everything he says, Spike Lee isn’t for everyone and he’s not right one hundred percent of the time. Should it come out that this musical is going to follow the progression of Viagra from its original intent to what people know about it today, which is very little when talking about the average person since the ‘little blue pill’ has become as much about the propaganda that’s been created concerning its use as the reality behind it, then it should be fine. But if he’s going to go right into the propaganda, which would be a bad idea, it could go off the rails rather quickly. In a lot of his stories though Spike Lee does tend to at least try to stay balanced and on track as much as possible, so it’s very likely that this musical will stay on course.

Perhaps it’s the simple idea that Viagra as a musical just sounds awkward and kind of out there in a very strange way, but it also feels as though Spike might be thinking that after an Oscar win he can do no wrong and that his career is only bound to go up from this point. It’s possible after all since not everyone suffers the Oscar curse and some folks have gone on to lead very successful careers following their time at the podium. But a lot of people are going to have to wrap their heads around the idea of a Viagra musical since it’s not exactly something you would think about on a regular basis. Like him or not though, Spike does have a proven track record so it could be that he’ll make this work in a way that only he can since he’s definitely not the kind of guy that’s going to take on a job that he can’t complete, as his movies have shown. But this idea is something that a lot of people might be looking at in an odd way until it finally comes out, especially because it is way different than anything else he’s done and it’s the type of project that one can honestly state feels more like a gag than a real attempt at an honestly sincere musical. It’s something you might hear about on SNL but not on its own as an actual story.

There’s plenty of faith in Spike Lee from his followers and fans, and there’s no doubt that he’ll do something impressive with it, but until the movie is a little further along we’re not going to know much more than we already do. It is likely that he’ll share updates as things progress, but until then there are probably going to be a lot of people wondering just what he’s up to with this project. I swear there was no pun intended.