90210 episode 2.03, which will presumably air on September 22, has been titled “Sit Down, You’re Rocking the Boat” and, amazingly enough, looks to take part on a boat. Check out the official CW synopsis and promo pics below.

JENNIE GARTH GUEST STARS – Annie (Shenae Grimes) is humiliated that the entire school received her sext message and is on a mission to reveal Naomi (AnnaLynne McCord) as the sender of the revealing photo. Harry (Rob Estes) and Debbie (Lori Loughlin) attempt to discuss Annie’s situation but the conversation only causes more tension, leading Harry to open up to Kelly (Jennie Garth) about his family problems. Dixon (Tristan Wilds) meets his dream girl, Sasha (guest star Mekia Cox, ‘Bones’) and sparks immediately begin to fly, though he fails to reveal his true age.

Silver (Jessica Stroup) continues to get over Dixon while Adrianna (Jessica Lowndes) and Navid (Michael Steger) deal with Teddy’s (guest star Trevor Donovan, ‘Days of Our Lives’) presence in their life. Liam (Matt Lanter), fed up with the lies between Naomi and Annie, retreats to his garage to work on a mysterious project. The gang joins Teddy on his father’s yacht for an afternoon of ocean-filled drama. Ryan Eggold also stars. Janice Cooke directed the episode written by Mark Driscoll (#203). 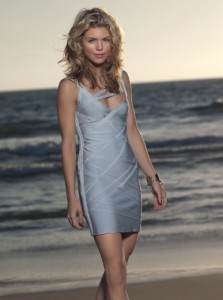