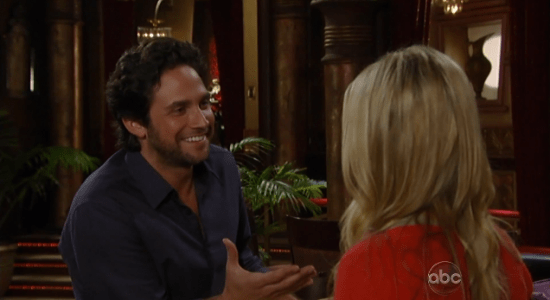 General Hospital fans everywhere know that this week has certainly been an interesting one. Things are starting to unravel for many of the Port Charles’ most well-known residents, and it’s only going to continue. Next week proves to be full of just as many twists and turns (if not more), and one character may be saying goodbye to her freedom. That’s right, Lulu may be on her way to the big house after her devious plan to hurt her cousin Valerie has been exposed. If you remember, Johnny and Lulu have been working together in the plot for payback, and they’ve finally taken the steps to catch Valerie off guard and get their revenge. However, after Johnny goes through with his part of the plan and kidnaps Valerie, he quickly finds himself doubting his decision. After all, kidnapping a person is no joke, and most people would probably be freaking out once they realize what they’ve done. Of course, Johnny isn’t going to know what to do, and he he’s only going to end up making things worse. A fire will breakout when he leaves Valerie alone in the room, and what happens to Valerie is still unclear. Either way, it looks like Johnny’s cover will be blown, and there’s a very good chance that he’s going to take Lulu down with him.

Johnny may have thought that he would be able to fly under the radar in Port Charles, but that was a little unrealistic – especially with mistakes like these. After all, wordÂ travels fast, but especially among these characters, but it looks like he put too much faith in Maxie and the belief that she wouldn’t be the one to throw him under the bus. Spoilers indicate that when Johnny finds his back against the wall, he lets it slip that he hasn’t been working alone. Any time a person engages in a plan with someone else, there’s never a gaurunteeÂ that the other person will remain loyal. However, it doesn’t look like loyalty will be the key issue in Lulu and Johnny’s downfall. Instead, a simply game of connect the dots will lead the Port Charles police right to Lulu. Â You’d think that Lulu would have been a little smarter about covering her tracks, but apparently she didn’t think things out as well she thought.Â Once police understand the connection between Valerie and Lulu and the connection between Lulu and Johnny, the game is going to be over. However, since she was the mastermind behind the whole ordeal, the consequences for Valerie could be much worse. 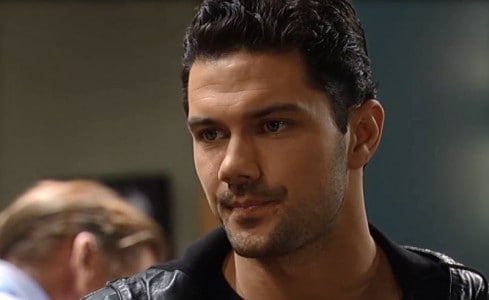 On top of that, Dante is hot on the trail, and he’s got some built up anger towards Lulu. When he sees the photos of Johnny and Lulu together, of course he is going to assume that they’re having some sort of affair. After all, it’s no surprise that the thought of Lulu running around with an old flame who also just so happens to be a criminal isn’t really sitting well with Dante.

However, despite Lulu’s evil plan against Valerie, is there a chance that family ties will still hold them together. Will Valerie try to help her cousin even though she was trying to bring her harm? If not, Lulu could stand to serve some very serious jail time. At the end of the day, it would be kind of weird to watch Lulu walk away without having to pay for her bad behavior. But if there’s one thing that no one in Port Charles can escape, it’s karma. With so much uncertainty in the air the next few episodes are certainly going to take viewers on a wild ride.

Tune into General Hospital on ABC at 2PM EST.