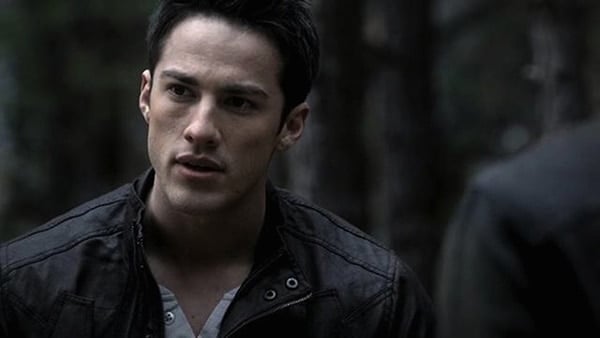 Michael Trevino appeared a couple timesÂ during the first half of The Vampire DiariesÂ Season 7, but he’ll be back again next month as Tyler Lockwood will be returning to Mystic Falls for a major event.

According to the official description for the Feb. 5 episode of The Vampire Diaries, which is directed by series star Paul Wesley and titled “Things We Lost in the Fire,” Tyler will be coming back to his hometown to attend Alaric and Caroline’s baby shower. With Tyler’s history with Caroline, fans should definitely expect some awkward moments, as he tries to celebrate his ex-girlfriend and former teacher having twins together. It will also be interesting to see what “upsetting discovery involving Alaric” Caroline makes in this episode as well.

The Vampire Diaries returns with new episodes in its new time slot on Friday, Jan. 29, at 8 p.m. on The CW. Check out the full description of “Things We Lost in the Fire” below:

MICHAEL TREVINO RETURNS TO MYSTIC FALLS IN THIS EPISODE DIRECTED BY PAUL WESLEY – With the traumatic effects of the Phoenix stone taking a toll on his brother, Stefan (Paul Wesley) attempts to help Damon (Ian Somerhalder) regain his grip on reality, while secretly struggling with his own experience in the stone. Elsewhere, Matt (Zach Roerig) and Bonnie (Kat Graham) deal with the fallout after Julian (guest star Todd Lasance) and his men take over Mystic Falls, leading Matt to spiral out of control and into trouble with an officer named Penny (guest star Ana Nogueira). Meanwhile, Tyler (guest star Michael Trevino) returns to town for Alaric’s (Matt Davis) baby shower and Caroline (Candice King) makes an upsetting discovery involving Alaric and his future plan for the babies. Paul Wesley directed the episode written by Melinda Hsu Taylor.

Vampire Diaries fans, are you excited for Tyler’s return? Comment below and let us know.Â