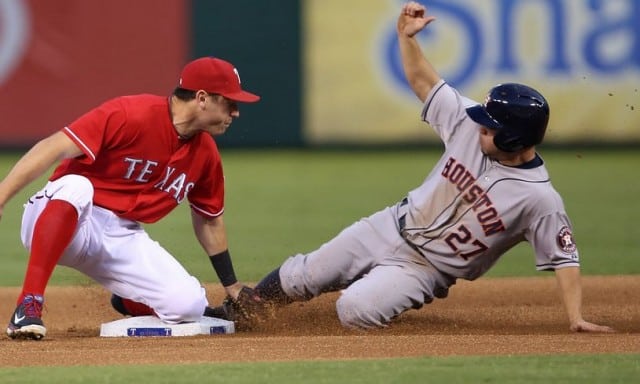 I’m speaking truth here.Â  I love sports.Â  And I love to watch sports on TV.Â  But frankly there are some sports that even though I like and respect, can be incredibly boring to watch on television.Â Â  What’s more is that the exact same sport can be totally thrilling to watch in a live environment.Â  And then there are sports that I just dislike on all counts.Â  We’re not going to get into those today.Â  Today we’re going to talk about solid sports that are tough to watch on television but great to see in person.

Keep in mind, I’m also taking into account all that comes along with said sports. Sometimes it’s not just the sport itself. It can be the crowd, the tailgating, you name it.Â  The overall experience is what we’re talking about here.

Enjoy the list and let me know if you agree!

Granted I think I’m coming from more of an American point of view here but I really think soccer is boring to watch on television. Personally I can’t stand the fact that there’s no scoring and the amount of fake injuries that take place. However, actually going to a game in a place like Europe for example? The crowds are second to none. There’s barely a moment where people aren’t going nuts.Â  And let me just say that the beautiful females really come out of the woodwork for these games. It’s definitely a rush.

Anyone who thinks watching a bunch of cars going in circles for hundreds of laps for a few hours is fun to watch on television has serious problems. However, having been to one of these races I can say it’s an experience. Obviously a crash is a big moment (and about the only time you might perk up watching on TV) but the sheer sound and energy of the engines is pretty nuts. Plus the infield always has some crazy characters.Â  If you haven’t been to a NASCAR race, it’s worth going to at least once.

I put a star next to baseball because there is in fact one time that’s fun to watch baseball: playoff time. It means more and your eyes tend to get glued to the TV in crucial moments. However, during the regular season baseball games put me to sleep. But the actual experience of going to a game is second to none. Getting your glove ready, finding parking, cheering with strangers you don’t know, hot dogs, beer, popcorn, the whole works. It’s an experience every American must have.Â  It’s funny because when you’re at a game you barely even watch. It’s more bonding than anything else.

I feel like Hockey is the biggest example of my point. Hockey is kind of boring on TV because of the non-scoring factor just like soccer. I mean fights are cool but for the most part you don’t get too many exciting moments. Like baseball, playoffs are decent on TV but I’d way rather be at the games. A live hockey game is simply a different experience and a much better one at that. It’s louder. You’ve got the banging on the boards. And the action is so much closer and better.

Granted Monster Trucks can be incredibly entertaining on television, having gone to one in person there’s absolutely nothing like it and it doesn’t even compare to TV.Â  That’s why I added it.Â  The differences are so immense that it deserved a spot. Â  If you haven’t seen them live then you really haven’t lived. Seriously.Â  I can’t describe the noise, the comments, the mesh hats, the buffoonery.Â  It’s really just all around greatness.Â  And if you happen to catch Gravedigger do some kind of 360 then you’re in a for a treat.Â  I’m not joking.Â  Go see a Monster Truck Rally.

I can’t think of a worse way to spend my day than be at the OTB watching horse racing all day.Â  And let’s face it.Â  Events like the Kentucky Derby are all about being there.Â  Watching horses run around the track isn’t much different than seeing cars race around a track.Â  But actually experiencing the Kentucky Derby has been equated to Mardi Gras.Â  And going to actually watch the ponies is an experience worth having.Â  Especially if you can win a few bucks having fun.