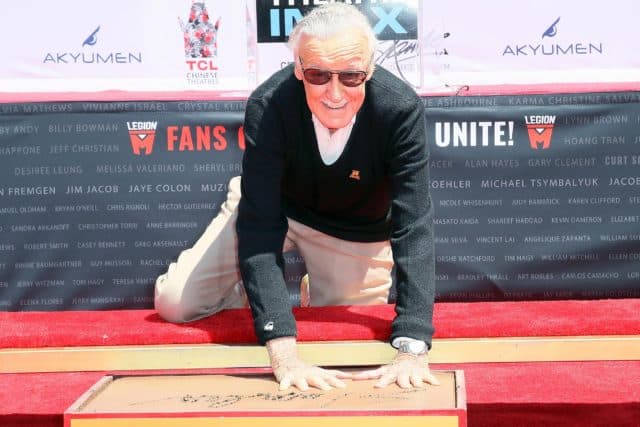 Stan Lee waxed eloquent about having such great friends and wished his late wife Joan could have seen it. Â “Thank you with all my heart,” Â said Lee.

Marvel Studios President Kevin Feige told a story about how once saved a voice mail from Stan Lee for twelve years because of how much he loved it. Â Feige lauded Lee for his many Marvel creations.

Clark Gregg has played in Stan Lee’s world consistently. Mr Gregg portrays SHIELD Agent Phil Coulsen in film, live action TV and animation since 2008.Â “Playing in your world, Stan, means we get to wrestle with timeless themes of good and evil in a magnificent universe made up of enhanced beings, aliens, alternate dimensions, and sentient LMDs, which means for me every day is bring your inner child to work day,” Mr Gregg enthused.