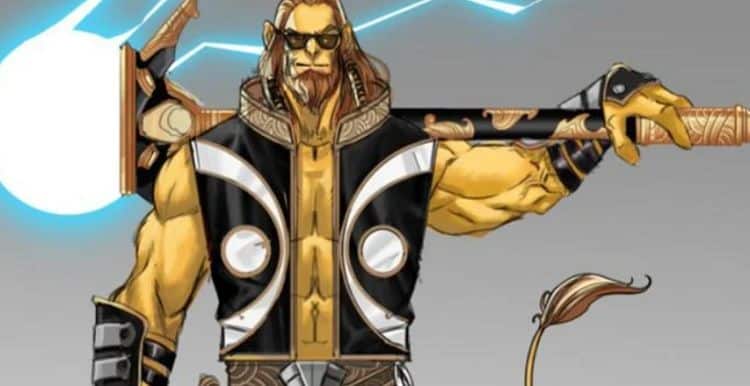 It kind of has to be said, but it’s likely that this will be seen as troubling by some folks with the unrest that’s going on in the country in terms of Asian and Pacific Islanders since the Monkey King, which is a basis for Monkey Master, is being brought forth for a live-action performance. With that being said though it’s easier to move forward since it does sound like an interesting idea to adapt an important and very interesting legend that has been around for a long, long time. Stan Lee’s version of this character has been in development for a while it sounds like and could be headed to the screen eventually, but at this moment there’s not much known about the project apart from the fact that it is on the board and will be developed at some point. As to who might be cast and what direction the story will go in, there’s really nothing to say at the moment since the idea is there but the reality is that nothing has moved forward as of yet. One can only hope that such a thing as cultural appropriation won’t be used as an accusation when looking at this project, if only because Stan Lee and Marvel have been utilizing a diverse cast of characters and legends for decades. But in this day and age, it’s hard to think that anyone is going to let anything go without being offended.

In any case, the legend of the Monkey King is a popular one among a lot of people since it has been used many times in many different ways. One thing that anyone should be able to count on is that in Marvel comics it will either be used faithfully with some embellishment, or it will be used in a manner that loosely ties it to the actual culture it comes from while recreating it in a way that comic fans can enjoy. If anyone is bothering to think that this hasn’t happened that often to anyone else, they might want to think about Norse culture and how Thor, Loki, Odin, and the rest of the bunch have been co-opted from their own legends. Just so people have a solid basis, in Norse legends, Thor is red-haired, bearded, flies across the sky on a chariot pulled by two war goats, and he needs a special glove and belt to wield Mjolnir. Loki is still a trickster, but his children include Sleipnir, Odin’s mount, Fenrir, Hela, or Hel, and Jorgmandur, and he is not Thor’s brother but is more akin to a blood brother to Odin. The Allfather, Odin, is even different since he is a war god, but he’s also many other things and not quite as kind and noble as Anthony Hopkins made him out to be. In other words, other legends have been used and as a result, it’s been seen that Marvel has taken what they wanted and reworked it to their needs, which isn’t horrible beyond belief even if it bothers those that know the real legends. All one has to do is not pay attention to it, as is their right.

But the Monkey King is a legend that a lot of people have seen in a roughly similar fashion over the years, meaning that he’s been seen as a powerful and playful being. But one should already know that when Marvel gets hold of something and finds that they’re able to use it that the material will end up changing in a way that’s more conducive to their style of storytelling. This means he’s going to be big, muscular, and no doubt adapted to the current day and era in order to avoid any confusion that might make him otherwise difficult to work with. So yes, it’s an idealized version of the Monkey King, but Monkey Master will still be an interesting character to take a look at simply because he offers up a new challenge to those that will be attempting to bring him into the live-action scene. Whether giving him a movie instead of a series is going to be wise is hard to say since a movie is more like a one-off, whereas a series might get people thinking that he’s going to stick around. At the moment, without having seen what can be done with him yet, it does feel a little bit safe to think that a two-hour movie might be a safer bet than a series that could grind to a halt if it doesn’t pick up immediately. But as an addition to the Marvel universe, it’s going to be intriguing to see how this will fit in with the rest since integration at this point is pretty important to the overall fabric of Marvel. With John Woo at the helm though, maybe the predicted craziness of it will get people to pay attention.