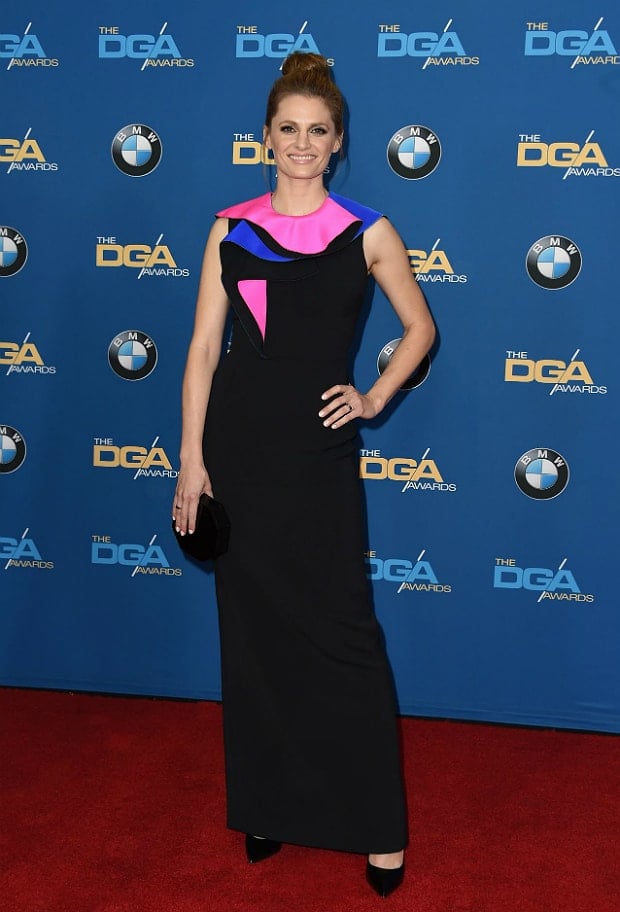 The 2016 DGA awards are another awards event on the road to the Oscars and Stana Katic from ABC’s Castle is one of the stars in attendance. Â It’s not the first time she’s attended the DGA’s. Â Back in 2012 she not only attended, but she was a presenter as well.

I’m sure fans would love their favorite stars to make all red carpet opportunities, but it’s hard to make every award show when one is in the middle of filming a show. Â With so many to choose from, why would an actor chose the DGA’s over, let’s say, theÂ SAG Awards? Â It’s not like the DGA’s are broadcasted live.

One point to consider is that at the DGA Awards you’re in a room full of directors that could cast you, as opposed to a room full of your acting peers. Â It’s also a good place for an aspiring director to meet other directors and show support for this branch of the industry. Â On a few occasions Katic has expressed interest in working behind the camera, so this is a wonderful choice for her. 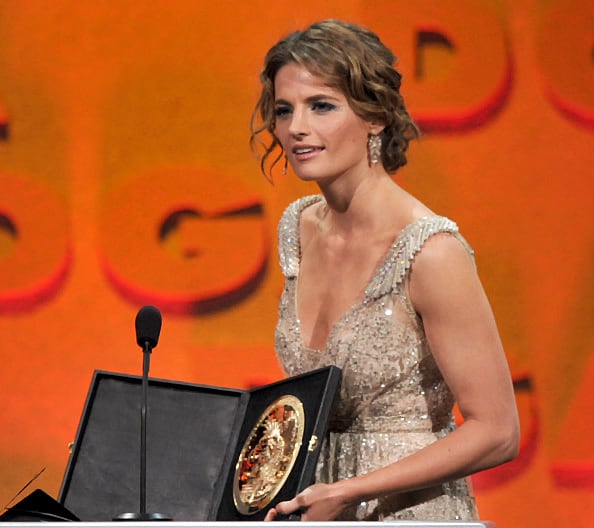 Often on the red carpet the first question a woman is asked is, “What are you wearing?” There’s so much more to an actress than the dress she’s wearing, but at the same time: 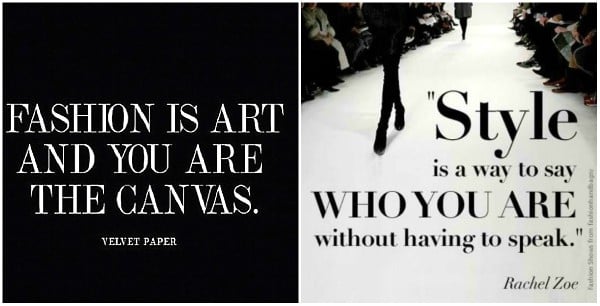 Fashion does have its place in things.

Katic is wearing Roksanda. Â She’s worn them before, at the 2014 Environmental Media Awards.

The other big attraction to this year’s DGA’s winner very well could beÂ Alejandro G. IÃ±Ã¡rritu.Â Â Â He is the first director to winÂ back-to-back DGA awards (VarietyÂ ). Â Last year his winning film wasÂ Birdman –Â a film that won best picture at last year’s Independent Spirit Awards. Â  In aÂ 2015 interview Katic said she makes the Spirit Awards, “a regular part of her year” because she is a big supporter of the strong and unique storytelling that are a hallmark of independent film. Â Who wouldn’t, if given the opportunity, want to go see if a director doing the kind of work you admire wins another award?Â

At the end of the night though, it’s really all about getting to meet cool and talented people!