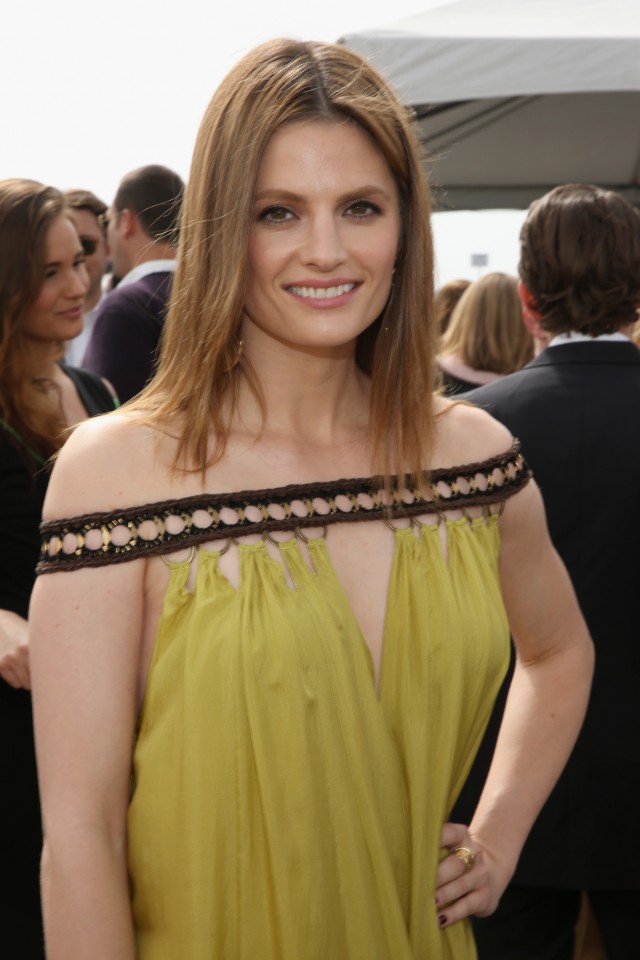 In fact, since that interview was done, Katic has shot two more independent films. Â First is the action adventure filmÂ The Rendezvous Â whichÂ co-stars Raza Jaffrey from Code Black. Â Then there’sÂ Sister CitiesÂ which isÂ based on the play by Collette Freedman about four sisters reunited to deal with their mother’s suicide.

One thing you can say about Katic is that every outing she made has a totally unique look!

Wonder if #StanaKatic is going to the #InternationalSpiritsAwards this year, and if she is what will she be wearing pic.twitter.com/DfGCHaPzdh

This fits right in with an award show whose first two criteria for a film to be considered are, “aÂ uniqueness of vision” and “original, provocative subject matter.”Â (You can see the full criteria in the Spirit Awards Rules and Regulations.)

As for her own criteria, here’s one way Katic has described her approach to fashion:

It’s a mood, it’s a feeling, it’s of the moment. Â It changes, but it’s a personal experience throughout, hopefully artistic…I hope. (Stana Katic on fashion)

This dress by Alberta FerrettiÂ certainly fulfills that criteria! Â What a stunning look! 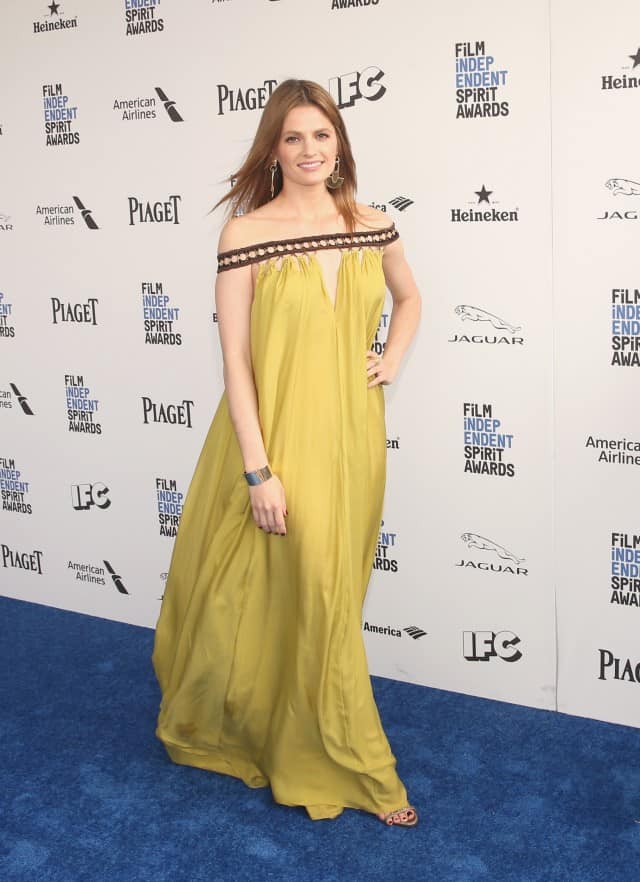 I love the way this dress flows around her. Â She looks absolutely gorgeous!

They say a picture says a thousand words, but what about video? Â For a last look at just how lucky fans of Castle are that Katic didn’t just go ahead and become a supermodel, check out this video of her live on the 2016 Spirit Awards Blue Carpet. Â This is untouched, no filter video! (You might want to mute the sound on this!)

As a final, totally off topic, side note, walking those fancy Hollywood carpets can seem so glamorous on television. Â That’s why I love seeing the behind-the-scenes real-deal videos. While some people enjoy getting all dressed up, I don’t think anyone loves the idea of a gauntlet of people screaming at them. I wonder if some stars wear earplugs…..