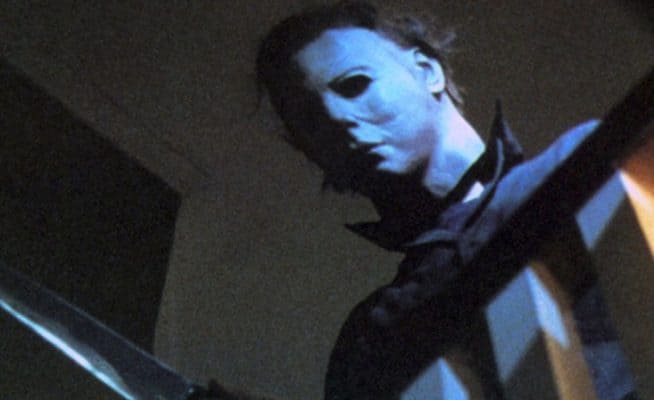 Actors are known to take things to extremes at times when it comes to performing their roles and some of them get downright disturbing when their behavior is influenced by the characters they’re playing. Just ask the cast of Suicide Squad and they might tell you a few stories about how Jared Leto went off the rails at times and delved a little too far into the funny farm aspect of the Joker. With James Judy Courtney, the actor/stuntman that brought Michael Myers back to life in recent years, the insight he needed was given by a former hitman, an actual killer, that gave him a few pointers on how things are really supposed to happen. The conversation was something like this as per Alex Crisp of We Got This Covered:

“Years ago, I met a real hit man through a mutual acquaintance—he wanted his life story written, so he was living with me. He had just left a safe house and served in a penitentiary up in the Northwest. I absorbed his life just by hanging out with him every day. I took him to see a film I was in called The Hit List. We walked out of the screening, and he said to me, “Jimmy, it’s a really nice movie, but that’s not how you kill people.”

“There’s a stealth efficiency to the way an actual trained killer works. Movies tend to dilute that quality with dramatic pauses and dialogue, which a true predator would never waste time doing. That efficiency is what I took to the part of Michael Myers.”

There are plenty of roles in which an actor might benefit from learning more from those that actually undertook the actions and lives that they’re leading on screen. From labor jobs to military to just about anything it’s wise to get as much intel and as much of a feel for the character as a person can. But this is kind of disturbing in a way since Courtney was getting tips from a former killer that had been sent to prison for the things he’d done. Realistically Courtney wasn’t going to go out and practice for his role by committing a killing spree, but it’s still kind of hard to think that he sat down and listened to a former murderer that could tell him just how he practiced his deadly trade and what to really expect and how to act in relation to one’s victims. Most people would think that’s just a little nuts since learning how to kill someone from a person that’s had firsthand experience is typically something you might hear from a military figure that’s seen combat, and even then one might be lucky if anyone would even talk about it. Blake Stimac of Screenrant has more to say regarding this subject.

In one sense it’s completely horrible since it likely gave Courtney a much better idea of how to perform his role, while in another it’s highly disturbing since listening to any discuss how to kill another human being in a lecture-like fashion is just grisly. It does have the advantage of being unique since not everyone that’s ever played a serial killer in the movies or on TV has gone and spoken to someone that’s been in the business of death. What’s likely though is that a lot of people might actually condemn Courtney for this on the grounds that talking to someone like a former hitman would somehow lower him in their eyes since he had to go to a source that’s not exactly considered to be the wisest option, though his experience is undoubtedly better than going in cold and acting like a run of the mill movie monster that is out for carnage and little else. Of course when you think about Michael Myers there’s not a whole lot of complexity involved. He’s out to kill, and his stealth skills are insane since people rarely ever see him coming until it’s too late. As far as hitman behavior though Myer’s isn’t really all that technical with his kills. He’s gruesome, he’s brutal, and he’s blunt, but as far as leaving nothing behind and cleaning up after himself he’s not really concerned with the idea of not leaving anything for authorities.

Myers is a slasher after all, someone that’s out to just kill and keep killing so long as he’s able to move about. He’s been stopped a few times and he’s had his butt kicked a couple of times throughout the years but he’s always come back and he’s been just as brutal as ever, sometimes even more so than before thanks to the writers and the propensity for violence that exists in these movies. But learning that the actor responsible for bringing him back to prominence was getting coached by an actual killer is kind of a trip, even if some people can’t really get behind it.

Vikings Mid-Season Finale: Ivar is Back

The Funny Connection Between Black Widow and Stranger Things

Shouldn’t Planet of the Apes Be Left Alone at this Point?

Knives Out Reimagined as a Rom Com in Funny Trailer