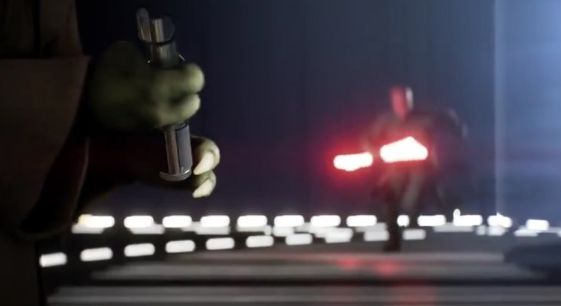 Darth Maul made his return to the screen recently on an episode of Star Wars Rebels where he battled it out with Obi-Wan.Â Â  But now, in the wake of the Star Wars Celebration 2017, a leaked trailer of Star Wars Battlefront II gives us another look at Darth Maul only this time in video game format.Â  The game is going to be revealed to us on April 15th and the new trailer that leaked on Vimeo is pretty much breaking the internet.

The trailer states “The Untold Soldiers Story” implying that there will most definitely be some sort of story driven campaign, along with the quote “Fight multiplayer battles across all eras.” Here is a quick reference list of key highlights shown in the leaked footage: