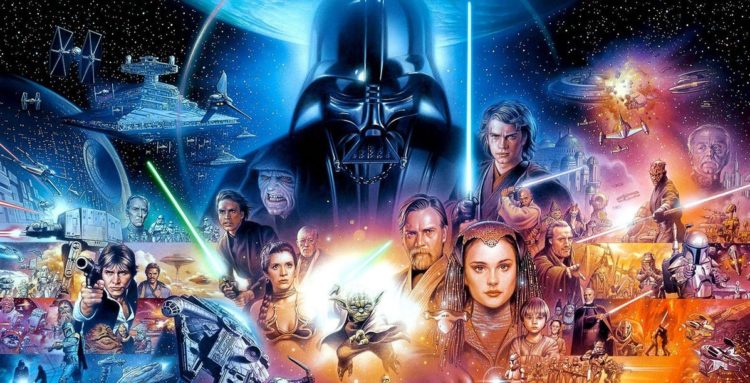 There have been so many people involved with Star Wars throughout the years that it’s not too hard to believe that you might have missed the many upon many cameos that have come and gone with each film. Some folks are observant enough to see them while others will actually through frame by frame and see who’s being hidden among the scenes, while a lot of us like myself will probably raise our eyebrows and say “Really? I had no idea.” It’s understandable given that the story of Star Wars is one that takes place on a grand scale and, if we’re believing what is to come, will continue to expand throughout the years if certain filmmakers get their way and continue to push the Star Wars story past what it’s already become. We can only hope, right? And maybe along the way we’ll get even more amazing cameos by those that want to be a part of this universe, if only for a few fleeting seconds.

Here are some A-list cameos that you might well have missed.

Yes, THAT Iko Uwais from The Raid movies, the same guy that’s been tearing it up on the martial arts movie scene for the past several years, was actually in The Force Awakens. Granted he wasn’t there all that long since the monsters that Han and Chewie were smuggling escaped and took out just about everyone that was angling to take Han and Chewie out, but he was there for a short amount of time anyway.

You had to imagine that Kevin Smith would be involved with Star Wars at one point or another however he had to do it. His voice is the only part that made it into The Force Awakens apparently but he was at least involved with it. There’s no doubt that he’d probably do just about anything to be in an actual part within the movie but maybe we’ll see that somewhere down the line. Maybe.

Apparently he was one of the guards in the Phantom Menace, running around trying to take the palace back after the frog-like Neimoidians had taken control. If you watch the film again you can see him in a fleeting image. Most cameos in a series like Star Wars are bound to be like this since the main character are going to take up the main part of the screen time. But it’s usually fun to be able to see other actors you recognize.

6. Joel Edgerton – Revenge of the Sith

This guy you should recognize since he played a pretty critical role that was slightly more than a cameo. Joel played a young Uncle Lars in Revenge of the Sith, and it’s kind of amusing to think that Lars stood in that same spot where Luke would stand years later, looking out towards a horizon that offered so much more. And yet he criticized Luke for doing the same thing. Ironic isn’t it?

5. Rose Byrne – Attack of the Clones

Rose got to play the part of another handmaiden that was loyal to Padme after her time as queen and during her run as a senator. It had to be tough to be associated with Padme since there was always the chance that someone was gunning for her, in which case her handmaidens were sworn to sacrifice their own lives in order that she could live. But it was a great way to be a part of the Star Wars experience.

Believe it or not the beeps and other sounds you hear from the now-loved BB-8 aren’t just mechanical noises that were made by a machine. They were the work of comedian Bill Hader, who’s known for being able to do very weird things with his voice.

You might think it’s just a chance for a guy that’s not all that tall to get into roles that can accommodate him, but then you’d be forgetting that Warwick starred in Ray and Willow too. Sure most of his roles are acclimated to his height, but it’s his acting that makes them great. You might not have liked the Ewoks but you’ve got to admit that Warwick has been a big part of Star Wars for a long time.

When people found out that Daniel Craig was playing a storm trooper in The Force Awakens a lot of them lost their ever-loving minds since they thought that the latest Bond would be popping up in a Star Wars movie. But despite the fact that he WAS there, he never got to take his helmet off.

It’s easy to see how Pegg would want to do a part in a Star Wars film after having already been seen in the new Star Trek movies. He’s definitely the right guy for either franchise and is fun to watch in whatever role he’s put in.

So how many did you really see without being informed? Be honest.

Mindhunter Might be Too Expensive to Continue on Netflix